COVID-19 and Canada’s Capacity-Building: Security Assistance and Training in the Pandemic

How has capacity-building, above all security assistance and training operations, been affected by COVID-19? What is likely to come?

Security assistance before the pandemic

Security assistance has been a key capacity-building activity for the CAF, increasingly so since the end of its major combat role in Afghanistan. This shift was of a piece with Canada’s allies over the last ten years. Under budgetary constraints after the financial crisis of 2008, and responding to the exhaustion of large-scale deployments, several states refocused how they addressed counterinsurgency, counterterrorism, and other security challenges, aiming to use their own forces less and build up partner forces more. At the same time, Russia and China have made their presence increasingly felt in capacity-building, notably in sub-Saharan Africa.

It is not clear how much of an impact these operations have. Some existing research suggests that training does shape local armies’ prevailing norms and values. Other research highlights its unintended consequences, such as a link between participation in the United States’ International Military Education and Training program and coups d’état. Still other research suggests that capacity-building likely has little effect in counterinsurgency and counterterrorism in particular, because it is easily undermined by local authorities who divert training, arms and supplies to political loyalists or who do not permit the officers and soldiers trained to really exercise their training. Regardless of these concerns, however, capacity-building operations have been a popular policy tool, in part because it signals a willingness to do one’s part without taking on an excessive burden.

Drawing down capacity-building under the pandemic: a signal of priorities?

Then the pandemic hit. COVID-19 led to the postponement of some capacity-building activities and the scaling back of others. Canada was far from alone here. The CAF, alongside its NATO allies, suspended its training activities in Iraq (Operation IMPACT). Canada also drew down its personnel in Ukraine (UNIFIER), and postponed a training session in Niger (NABERIUS). Similarly, the United States cancelled exercises around the world, including with key partners like South Korea and Israel, and the UK suspended its training activities in Kenya. At the same time, some other states maintained their capacity-building activities, with France notably keeping Operation Barkhane in the Sahel fully operational, and China highlighting that a training exercise in Cambodia in March and April went ahead as planned.

First, the local state of the coronavirus pandemic drove many of these decisions. An extreme example as the United States’ decision in late March to suspend all training activities in any country designated Alert Level 2 or 3 by the Centers for Disease Control (CDC). In essence, in an emergency, it adopted a blanket public health criterion, delegated to a public health agency, rather than accounting for country-by-country foreign policy interests.

Second, however, these decisions reflect training states’ priorities to an important extent. If NATO suspended its training activities in Iraq on March 20th but kept some training activities going in the Baltic States and Poland, it is difficult to see something other than the alliance setting its priorities, signaling a commitment to member countries on the front lines with Russia over out-of-area operations.

Hence, keeping some capacity-building missions essentially unchanged demonstrates a commitment, and is meant as such. This goes for Operation Barkhane, which France has put at the centre of its foreign policy in Africa. Similarly, China made a fairly public show of maintaining its training operation in Cambodia even as it kept much of its own country shut down due to the pandemic. This had a couple of uses as a signal, both showing its commitment to a partner and showing that it—and Cambodia—were not especially concerned about the disease.

Some of Canada’s choices showed its own priorities. For example, on March 26th, the day the Operation UNIFIER drawdown was announced, Latvia had more confirmed COVID-19 cases than Ukraine did. By maintaining REASSURANCE while temporarily drawing down UNIFIER, Canada indicated that capacity-building in Ukraine is not as important to it as in Latvia. Whatever the intent, this is the likely signal: a straightforward interpretation, and one that reflects Canada’s commitment to a NATO member.

This is a reminder that the central consideration for Canada’s capacity-building operations is what its allies are doing. These operations nearly always take place in some larger framework, whether UN, NATO or an ad-hoc partnership. And so Canada’s decision in Iraq was part of a larger NATO decision. A reasonable conclusion an outside observer can draw is that Canada does capacity-building primarily to fulfill its alliance commitments, and secondarily to build relationships with specific partner militaries.

Given that Canada’s capacity-building efforts are part of broader multilateral efforts, used for Canada to contribute to collective efforts, the key question going forward is what its partners in training, like its NATO allies, are going to do. To get a sense of this, we need some assumptions about the pandemic and its overall effects in the next year. The following seem reasonable assumptions:

These assumptions imply that the concern about capacity-building operations will not go away. There may well be future waves of suspended operations. This will continue to make these operations harder to organize and plan, less reliable, and less attractive.

There are mitigation measures that Canada and other states have already put into place and can extend, such as pre-deployment quarantine, intensive health checks, and limiting certain training activities. But much will depend on trust between the training state and a host government, that each will follow strong public health practices. Canada will have to negotiate the terms of health protocols for these missions with local partners in order to maintain trust with recipient countries and multilateral partners. Otherwise, support for these deployments will diminish both at home and in the recipient country.

Even then, there is no guarantee that a capacity-building operation will go ahead. Travel and seemingly unnecessary interactions will face widespread, and warranted, scepticism for some time. In the face of a local outbreak, future operations could easily be suspended at a moment’s notice.

There will likely be particularly problematic consequences for the United States. There, an astonishing bureaucratic complexity makes it hard to put together training operations at the best of times, because a military planner must cobble together funding from many different programs with different congressional authorizations, each with different reporting requirements and deadlines. Add to this the suspension of training operations, and the resulting administrative disruption will make training quite difficult to plan for. DND should prepare for confusion from its American partner in training operations with which it pairs with the United States.

More generally, in the coming year, Canada should be prepared for its key multilateral partners to do less capacity-building. Weighing public-health criteria against foreign policy priorities, Canada’s NATO allies—with possible exceptions such as France in the Sahel—are likely to continue reorienting capacity-building away from counterinsurgency contexts in places like Iraq and focus on preserving capacity-building activities among NATO members and key non-members like Ukraine. Some suspensions may go even farther. In future waves of the pandemic, Canada should be prepared that key allies make decisions about these operations on public health criteria alone, as the United States did, and not on a balance of foreign policy interests. This will limit the multilateral contexts in which Canada can conduct capacity-building and in which it has a foreign-policy imperative to do so. In order to keep up capacity-building in other contexts, Canada will have to prepare to do so with little allied involvement.

Unfortunately, these assumptions cannot yet yield a clear prediction about how other states will engage in capacity-building. Two scenarios are plausible, following from the first two assumptions. First, cuts may affect capacity-building operations disproportionately, because they may be seen as nonessential compared to other defense functions (on top of the public-health risks of putting members of different countries’ armed services in close proximity with each other).

However, capacity-building operations may instead become more popular in the next few years, particularly if geostrategic rivalry escalates and American and other states’ interests clash in a variety of different countries. Concerns about defense budgets may actually spare capacity-building or even make it more attractive, just as limits to resources helped to lead to a shift from large-scale counterinsurgency missions to capacity-building in the 2000s and 2010s. Great powers pursuing geopolitical rivalries may look for ways to do so that are relatively inexpensive and do not engage their forces in costly, dangerous and potentially destabilizing direct interventions. Capacity-building with local proxies may be just such a policy tool, attractive to states like China, Russia, the United States, France and Britain as they seek to assert their relevance and influence in various countries. In that scenario, Canada’s allies are likely to call on Canada to do more. 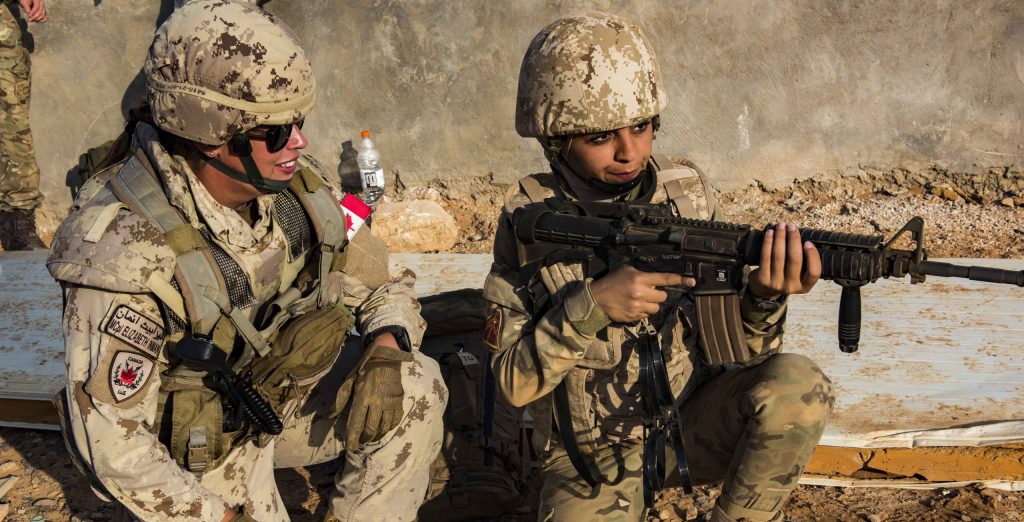 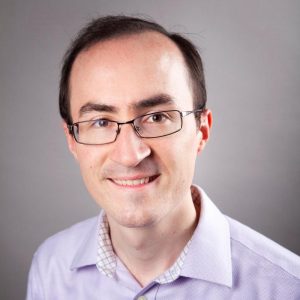