General Ray Henault, CMM, MSC, CD, LLD, BA is a forty-year veteran of the Canadian Armed Forces. His military career began in 1968 as a fighter pilot. General Henault’s career has included a wide variety of command and staff positions including Commander of 444 Tac Hel Squadron in Germany, Base Commander CFB Portage la Prairie. In June 2001, he was appointed Chief of the Defence Staff and was in command of the Canadian Armed Forces on 9/11. He subsequently guided and managed the CAF response to the terrorist attacks for nearly four years. In 2004, he was elected by his peers as Chairman of the NATO Military Committee (CMC) in Brussels, Belgium, a position he assumed from June 2005 until his retirement from the Canadian Forces in 2008. In that capacity, he represented all NATO Chiefs of Defence at NATO HQ in Brussels, acted as the Senior Military Advisor to the North Atlantic Council, and held the highest military position in the North Atlantic Alliance. He also received an Honorary Doctorate of Military Science from the Royal Military College in Kingston, Ontario, and, holds the position of Honorary Professor of the University of Pecs, Hungary. 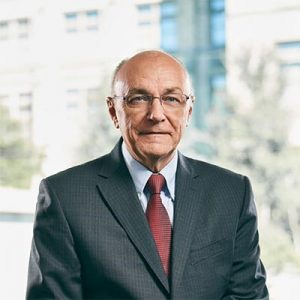