Simon Schunz is professor at the College of Europe. Prior to working at the College, he was a Scientific Officer at the European Commission’s Directorate-General for Research and Innovation (2011-2015), and a senior and junior researcher at the Leuven Centre for Global Governance Studies and the Leuven Institute for International and European Studies, University of Leuven (KU Leuven) (2006-2011). He was also a Visiting Scholar at the Elliott School of International Affairs (The George Washington University, 2009) and at the Brussels Office of the German Institute for International and Security Studies (SWP, 2010), as well as a Carlo Schmid Fellow in the European Parliament (2005). Since 2011, he has been a Visiting Professor at KU Leuven. Since 2016, he has also been an Associate Research Fellow at the United Nations University – Institute on Comparative Regional Integration Studies (UNU-CRIS) in Bruges. His research interests include European Union foreign policy and external relations, especially EU external climate change and environmental policies; the European Union’s relations with big powers (esp. the United States), the EU and multilateral governance; global (environmental) governance and multilateralism. He is co-author of The Evolving Relationship between China, the EU and the USA: A New Global Order? (Routledge, 2020). He has published in academic journals such as European Foreign Affairs Review, Journal of European Public Policy,Carbon & Climate Law Review, Contemporary Politics, Journal of Common Market Studies, and International Politics. 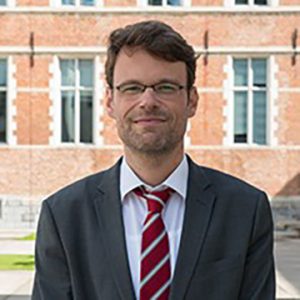