Keynote Speaker at the annual colloquium “The Fractured International Order: Implications for the Defence of Canada“, December 10-11, 2020.

Born on the 4th of July 1967 into a military family, Lieutenant General M.N. (Mike) Rouleau grew up in various locations including Montreal, Quebec City, Quetta Pakistan and Ottawa before joining the military in 1985. He retired from the CAF in 1999 to serve as an Ottawa Police Service emergency response officer until 2002, when he re-enrolled as a result of the events of 9/11. Lieutenant General Rouleau has commanded at every level, including deployed Task Forces and teams in Afghanistan, the Balkans and Africa.

Lieutenant-General Rouleau was appointed as the Vice Chief of the Defence Staff on July 15, 2020. 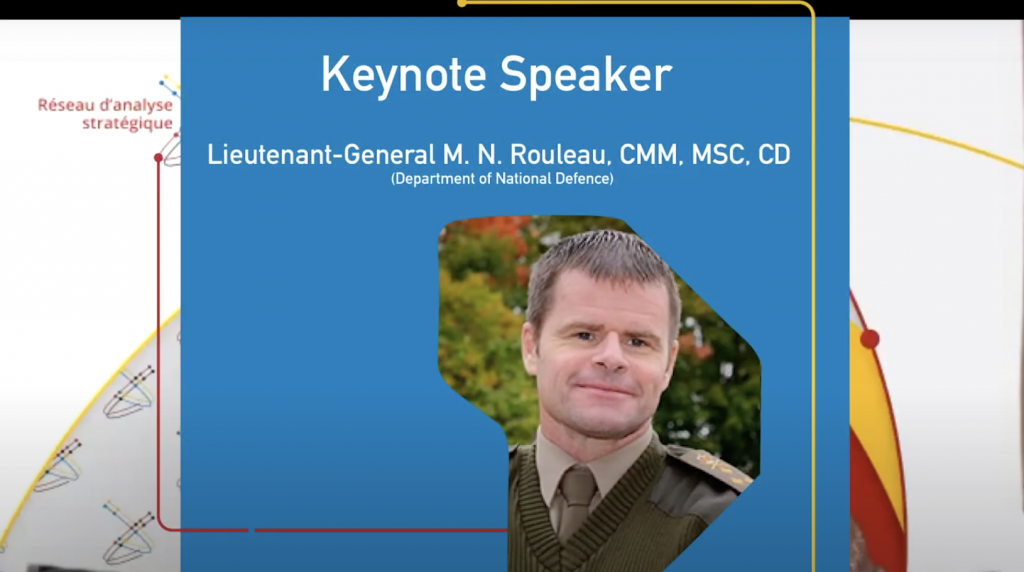