Transparency and Norm Cultivation in the Space Domain: Canada’s Contribution

The international community has thus far failed to create consensual and legally-binding rules for the use of outer space beyond those specified in the Outer Space Treaty of 1967. Such rules would reduce ambiguity and help to ensure that the future of space is secure, peaceful and used for the benefit of all. Ambiguity plagues the matters of who is using space and to what ends, as well as the nature of objects in space. This is partly due to current technological limits, but also the lack of voluntary transparency on the part of space actors themselves. The result is uncertainty that causes anxiety, provides avenues for hostility and fuels insecurity. Such ambiguity, in the absence of rules and norms, has led powerful actors and spacefaring nations to declare space “a new operational domain.” The current situation, if unchecked, is poised to undermine the great collective dreams of how space can benefit the entire human family.

Canada can decisively act in response to this ambiguity, and contribute to securing this new and ever-expanding frontier for peaceful purposes. Canada was the third nation to begin spacefaring activities, is one of the first members of the Committee on the Peaceful Uses of Outer Space (COPUOS), and a partner in the International Space Station initiative, all of which is undergirded by Canada’s advanced and pioneering commercial space industry. Canada has been a leader in space and related technologies, and is well positioned to be a leader in peaceful space security.

Canada can achieve this leadership by taking practical measures domestically, bi-laterally and outside of the formal multilateral instruments to further promote peace and security in space, and in so doing build upon its current international obligations in this arena in pursuit of a peaceful space domain.

Actions to Be Taken

In an environment of intense mistrust, benign activities can seem hostile. Thus, transparency and confidence-building measures (TCBMs) are an important bulwark against proliferating potential threats. Yet, when the process of multilateral TCBMs stalls, Canada should shoulder its responsibility as a leading spacefaring nation though unilateral and bi-lateral actions, in addition to taking steps to create the environment for progress.

The Long-Term Sustainability Guidelines developed and adopted by COPUOS could be implemented via legislation to create clear standards for, inter alia, sustainable space utilization and pre-launch conjunction assessments. This approach has the benefit of requiring domestic commercial actors to come into compliance with the Guidelines, thereby contributing to the formulation and strengthening of norms related to outer space. Domestically codifying some of these Guidelines – a commitment to, for example, developing Canadian space capabilities in a manner that avoids harm in outer space and to the safety of space operations – would be valuable. Such a commitment would clarify what Canada considers as acceptable behavior and underscore its commitment to meeting legal norms. The Guidelines could be implemented in a piecemeal strategy by topical area all while tailoring them to the Canadian context.

In addition to releasing transparent technical information, Canada should also formulate a comprehensive space doctrine with associated policies so as to provide greater context to its space activities. By providing and adhering to a public space policy, Canada will build the confidence of other space actors – a crucial matter in cases of dual use technology (i.e. co-orbital objects). In the absence of internationally established standards and norms, it is of great value if individual states clearly outline their standards of action, especially in regard to actions that may be easily mistaken as hostile (i.e. approaching another orbiting object). Canada, in disclosing its standards, would make a valuable contribution to the foundation of international norms in this area. This doctrine would, among other things, define what Canada understands to be the weaponization of space, a generally contested concept at present, and what Canada would deem to be a threat or constitute the use of force against one of its space objects (i.e. what activities would contravene the UN Charter and the Outer Space Treaty).

An ongoing destabilizing factor is the development and testing of anti-satellite (ASAT) capabilities. Should Canada ever wish to pursue ASAT capabilities, it should make clear commitments through domestic legislation. Such commitments could follow those formulated and proposed by the United Nations Institute for Disarmament Research (UNIDIR): no debris, low debris and notification. Such legislation, in addition, would clarify how Canada would respond to an ASAT threat or attack, again reducing ambiguity and developing norms.

To further thwart ambiguity in the nature of Canada’s space activities, Canada should disclose the payloads of all its launches and make available for inspection any dual-use technology. This could be done unilaterally or arranged through bi-lateral agreements and understandings with the idea of laying the foundation for an international monitoring regime building on the decades old proposal for the International Satellite Monitoring Agency (ISMA).

Canada, moreover, should make domestic efforts to broaden participation in the discussion and formulation of policies for the peaceful use of outer space. Development in space technology is being driven by commercial actors and academia as much as by governments. Private commercial entities exacerbate security concerns through the further development of suspicious dual-use technologies, but these entities can also advance development of space situational awareness capabilities and thereby support verifying compliance and building trust through a cooperative security arrangement for activity in outer space. It is essential that commercial actors be included in the conversation so they can understand the norms that are being developed, contribute to them, obey them, and develop technology in line with them. To be a leader in the peaceful use of outer space Canada must harness and direct its powerful commercial actors.

By expanding the range of actors involved in space security, there is a higher likelihood for generating meaningful, accurate, and effective solutions to space-security questions. This is also a recognition that space-based security dilemmas in the near future will not strictly be inter-state, but will likely include, or originate from, commercial space actors.

These actions will build trust among space actors by defusing ambiguities in the nature and scope of space operations. While technology is rapidly advancing in this field, it remains difficult to track and monitor objects in space. Thus, it is necessary for states at this point to voluntarily provide information regarding their space activities so as to ensure clarity of intent and action.

Proposals for Courses of Action

These, and related actions, are outlined in the following proposals:

These proposals, though not sweeping, are pragmatic and are based on sound technical foundations. Such specific changes can be intensified over time, all the while contributing to the formulation of norms and a clear organizational culture which can be leveraged. These specific steps are drawn from the identification of high priority threats that can be mitigated by incremental steps. Such an approach avoids the now well-defined stumbling blocks of establishing multilateral space security: the promotion of comprehensive agreements despite an absence of international consensus and the pursuit by some Sates of geostrategic goals that extend into outer space.[i]

[i] Please note that this article was originally prepared for the 2019-2020 Graduate Research Awards for Disarmament, Arms Control and Non-Proliferation, an annual competition hosted by The Simons Foundation in partnership with the International Security Research and Outreach Programme (ISROP) of Global Affairs Canada. The author was one of four winners in 2019. The article was originally published at: https://www.thesimonsfoundation.ca/highlights/2019-2020-graduate-research-awards-disarmament-arms-control-and-non-proliferation-award

[1] Space is sporadically mentioned in Canada’s 2017 Defence policy “Strong, Secure, Engaged” but the references do not amount to a comprehensive public space policy.

[2] Canada is already complying with some COPUOS guidelines through the Canadian Remote Sensing Space Systems Act (2005) and its associated Regulations (2007) which make a clear method of disposing of remote sensing products a pre-condition for obtaining a satellite license, and the Canadian Space Agency adoption of the IADC Space Debris Mitigation Guidelines (2012).

[4] “A New Space Strategy for Canada: exploration, imagination, innovation” (2019) is a good start. 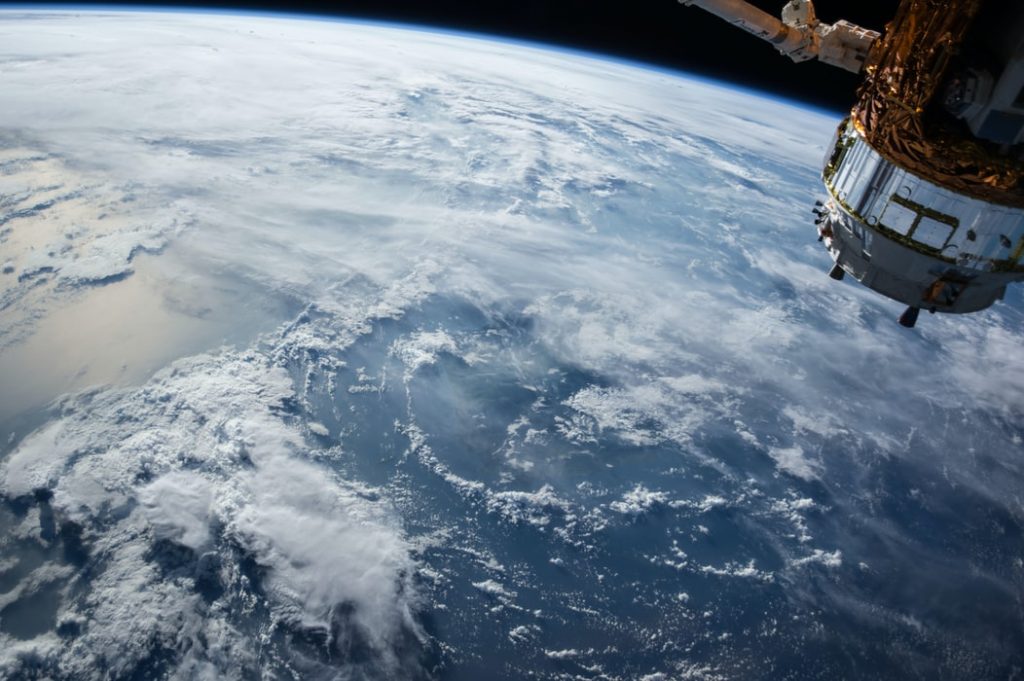