Between the West and East: Italy’s Ambiguous Position in a Changing World

In a context of increasing competition between the great powers and a relative decline of the United States, this article aims to provide information on the Italian position of this competition. Italy is in fact feeding a certain form of ambiguity as to its intentions while at the same time defending a strong Euro-Atlantic commitment and being in agreement with Russia and China. This apparent misalignment of Italy with its main Western allies risks weakening transatlantic relations, which could have several consequences for Canada and NATO.

Italy’s Euro-Atlantic engagement has never wavered or been questioned. Italy remains a deeply Euro-Atlantic country, both in its strategic posture and in its identity. The 2015 Italian Defense White Paper, Italy’s most important strategic reflection for decades, emphasizes the shared values ​​of the Euro-Atlantic community that transcend borders. This community was forged at the end of World War II to become one of the strongest pillars of international stability. From a military alliance, the Euro-Atlantic community evolved into a deeper and more extensive relationship. In this context, Italy conceives of international security jointly with the European Union (EU) and NATO. Speaking to Parliament in July 2018, Italy’s Defense Minister placed the relationship with NATO and the EU as one of the top defence priorities.

NATO, more than the EU, represents Italy’s benchmark alliance for ensuring the security of the Euro-Atlantic region and for deterring potential threats. In this regard, the Minister of Defense undertakes to promote all initiatives to strengthen NATO’s commitments, particularly in the Mediterranean and the Middle East, and to continue to provide an important contribution to the missions of the alliance. It is important to note, however, that Italian contributions to NATO missions vary.

This Italian Atlanticist identity explains why, traditionally, Italy has always aligned its defence policies with its main allies, led by the United States. Recently, the current Italian Defense Minister Lorenzo Guerini recalled Italy’s privileged relationship with the United States and the importance of relying on NATO to deal with emerging threats. Moreover, at the level of defence, the European Union is conceived by Italy as having to complement NATO, by taking up the postulate of non-duplication and non-competition between a Europe of defence and NATO.

However, this Atlanticist activism has started to crumble since Donald Trump took over as President of the United States. Italy indeed faces a more withdrawn United States, skeptical of liberal institutional arrangements and questioning NATO. These uncertainties about the position of its main ally are seen by Italy as a risk to its foreign policy interests and to the overall institutional framework. Despite this, Italian Defense Minister Lorenzon Guérini reaffirmed on October 22, 2020, at a meeting of NATO defence ministers, Italy’s constant and concrete commitment to the alliance.

On the other hand, since the Cold War, Italy has always seen itself as a mediator between NATO and the European Union in the west and Russia in the east. Italy had notably offered to act as an intermediary between NATO and Russia after the invasion of Georgia in 2008 or during the recent Syrian crisis. Italy has also often opposed the imposition of new sanctions against Russia. These friendly positions towards Russia are a constant in contemporary Italian foreign policy, and seem to be shared by the entire political class. However, some political parties currently in government or having been in government recently seem to share more than friendly strategic positions towards Russia. This is particularly the case with the 5-Star Movement and the Northern League, two right-wing political parties that have solid foundations in the Italian electorate.

Matteo Salvini, current Northern League senator and former interior minister, has genuine admiration for Putin’s Russia and speaks of Crimea as liberated Russian territory awaiting international recognition. Symptoms of skepticism towards the European Union can also be seen in the pro-Russian positions of these two parties. These Italian political parties go so far as to call for the formation of intimate intelligence cooperation between the two countries, but also for Russian support in resolving crises in the Middle East. For its part, Russia remains cautious about these declarations of love as these two political parties sometimes come close to neo-Nazi or Islamophobic movements. Furthermore, Russia is aware of the mostly rhetorical aspect of Italian populist discourse and that Italy has little influence in the Euro-Atlantic sphere.

In reality, the pro-Russian discourse of the Italian populist parties is primarily directed at the Italians, who seem increasingly pro-Russian and less and less pro-American and pro-European. In a poll carried out in May 2020, 32% of Italians polled consider Russia a friendly country, compared to only 17% for the United States. In April 2020, confidence in the European Union was only 27%. There would then be a perception among Italians that relations with Russia would be more profitable for Italy.

However, these friendly foreign policies towards Russia should come as no surprise. Indeed, as early as 2015, Italy explicitly stated in its Defense White Paper that it would develop new relations with emerging powers, while strengthening its relations with its NATO and EU allies. On the European continent, this position did not change when in 2019, the Italian Minister of Defense affirmed that Italy’s objective is to develop a “dual track,” reaffirming its commitment to NATO and deterrence on the eastern front, while opening a dialogue with Russia to bring about less competitive relations. This posture will be reaffirmed in February 2020 when the Italian Defense Minister stipulates that Russia is one of the key players for cooperative security and the protection of Italy’s strategic interests. The Minister took the opportunity to reiterate his intention to develop cooperation between the two countries, particularly in the Arctic and in the fight against maritime piracy.

On October 30, 2019, in front of the Italian Parliament, the Minister of Defense affirmed that China’s rapid growth at the military level poses a threat to the country’s security. Yet this discourse is contrasted by the close relationship between Italy and China for many decades. If Sino-Italian relations date back to the Cold War, it was really only from 2019 that Italian foreign policy really turned east. Italy is thus the first G8 country to support and participate in China’s new Silk Road (Belt and Road Initiative), despite the reluctance of the United States. Italy is now stuck between Washington and Beijing, between guarantees of security and economic opportunities. Indeed, now that the United States appears to be exerting some withdrawal from the international system and developing a more negative stance towards the EU, China is returning to the center of the map in Italy. In 2019, Prime Minister Giuseppe Conte asserted that China would exert increasing influence in the world, both economically and politically.

In fact, this is what the United States fears. Mike Pompeo recently asserted that increased Sino-Italian economic and political ties served China’s comprehensive influence strategy and that China was taking advantage of Italy. The German foreign minister also accused Italy of choosing Beijing to the detriment of its Western allies.

However, it is on another subject that the agreements with Beijing risk destabilizing transatlantic relations. Italy has not officially banned the Huawei company from its 5G network. First, Huawei is already well established in Italy in the 4G sector and involved in several trials for 5G. However, Italy is not blind to the risk posed by the Chinese firm’s technology. The Italian Parliament’s Security and Intelligence Committee recommended in December 2019 to seriously consider a ban on Huawei from 5G infrastructure. On the other hand, even if Italy has a legislative framework allowing it to protect its essential infrastructures, including telecommunications, its application to the Chinese company largely depends on political wills which seem absent for the moment.

However, Italy’s main allies, France, Germany, the United Kingdom and the United States have strongly insisted on the importance of protecting Huawei’s 5G telecommunications infrastructure for national security reasons.

It is difficult to understand Italy’s intentions in this era of competition between the great powers. On the one hand, it displays a strong Euro-Atlanticism, but on the other, it wants agreements with Russia and China. Italy seems to fuel the ambiguity, and this can be seen within the US administration. An American official said that it was difficult to predict Italy’s behaviour.

However, Italy’s apparent misalignment to draw closer to illiberal eastern countries risks having significant consequences for transatlantic relations and for Canada. Italy, like Canada, is an important contributor to NATO, a defender of the alliance and potentially an actor engaged in the emergence of a so-called alliance of democracies under the leadership of the United States and Joe Biden. An Italian misalignment would risk weakening the alliance, which is already being severely tested by an American disengagement and by internal friction in the Mediterranean. Even though Biden’s arrival as President of the United States might reconcile Italy with its Atlanticist activism, Italy’s agreement with Russia and China will continue, confirming its ambivalence between west and east.

Finally, Italy can become the center of Chinese propaganda and disinformation targeting the West, in particular by the presence of Chinese influence on Italian territory, but also by the connection of certain influential political parties with the illiberal ideas. Italy would then become the weak link in Euro-Atlantic ties. 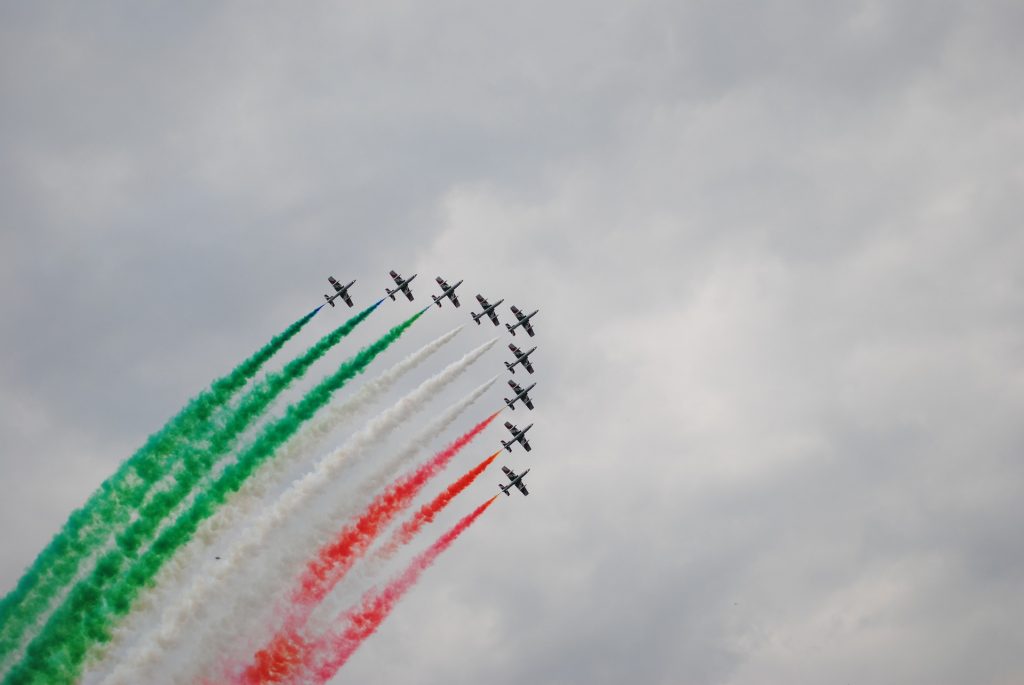 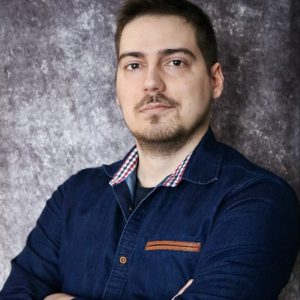