Charles Tilly’s pithy maxim that “war made the state, and the state made war,” succinctly describes the effects of wartime constraints in shaping and accelerating institutional reform within modern states. Conflict acts as a catalytic agent: it demands that state organs either mobilize or perish. In line with Tilly’s formula, the mortal perils posed by the 2014 annexation of Crimea and Russia’s (re-)invasion of 2022 have necessitated a global modernization of Ukraine’s system of governance. Over the past eight years, Ukraine has successfully shed its post-Soviet heritage while restructuring towards a more liberal and democratic future outlook. Canada, in conjunction with its Western allies, has an integral role to play in cementing these long-term gains in Eastern Europe.

Despite the sham referenda conducted within occupied territories, Ukraine will most likely seek a resolution on the battlefield, not at the negotiating table. A potential exception might be made in the case of a Russian offer to return to the front of February 24, or after an abrupt change in the military situation. Putin’s desperation in the face of Ukraine’s impressive fall counter-offensive has manifested in a mass conscription drive and the renewed spectre of a limited nuclear strike. Though Ukraine’s victory is not yet assured, heavy Russian losses in Kherson and Kharkiv demonstrate an ongoing evolution in the battlefield balance of power.

Canada and other supporters of the Ukrainian military effort should begin to action an architecture for the peace which will eventually follow the war. Regardless of the final territory under Kyiv’s authority at the time of a future peace agreement, a proactive commitment to the integration of Ukraine must be realized through the delivery of a comprehensive post-war reconstruction and assistance package. Canadian technical expertise and leadership on this front can help quickly rebuild Ukraine, coordinate allied resources, facilitate the return of displaced citizens, strengthen the rules-based international order, and bolster Canada’s standing within NATO and other multinational bodies.

While Ukraine has managed to prevent institutional collapse in the wake of Russia’s invasion, the war has brutalized the country’s population and its economic infrastructure. In September 2022, year-over-year inflation was in excess of 20% and the government has had to borrow massive amounts of debt to remain solvent. A June 1 report estimated total direct damage at over $97 billion (USD), with Ukraine’s housing, transport, commerce, and industrial sectors particularly affected. Disruption to the economy is expected to cost another $252 billion (USD) this year, increasing the proportion of Ukrainians in poverty and cutting the nation’s GDP by 15.1%.

In July, the International Ukraine Recovery Conference held in Switzerland produced the Lugano Declaration, signed by representatives from over 40 countries in addition to the European Investment Bank and the OECD. It will guide the reconstruction of Ukraine through international partnership, a reform focus, greater transparency, the rule of law, and multi-sectoral stakeholder engagement. Likewise, on October 25 the German G7 Presidency co-hosted an International Expert Conference on the Recovery, Reconstruction and Modernization of Ukraine together with the EU Commission in Berlin. There, it was estimated that Ukraine’s external financing needs could reach anywhere between $3 billion and $5 billion (USD) a month depending on the final extent of Russian bombing. Canada’s federal government should be prepared to outline specific commitments to Ukrainian recovery that will constructively engage with the Lugano and Berlin agendas.

Since the start of the year, Canada’s political system has exhibited remarkable dynamism in utilizing the various crisis-response levers available to it. To date, Canada has offered up to $620 million (CAD) in bilateral loans, of which $500 million has already been disbursed to Ukraine. At the IMF, Canada has offered up to $1.4 billion (CAD) in loan resources to the Ukrainian government, of which $1 billion has already been provided. Between January 24 and August 3, Canada was the fifth-largest overall provider of military aid to Ukraine, the third-largest provider of humanitarian assistance, and the fourth-largest provider of total financial outlays. After helping coordinate the multinational sanctions regime implemented against Russia, Canada also became the first Western country to seize sanctioned Russian assets in order to repurpose them on behalf of Ukrainian war victims. Moving forward, these initial efforts must be parlayed into a wider-reaching reconstruction package that addresses the regional and global after-effects of the conflict. Given Kyiv’s daunting aid requirements, Ottawa will have to become a pragmatic spender to avoid budgetary rigor from setting in to its decision-making.

Avenues for Canadian Institution-Building in Ukraine

Immediate priorities ought to include measures to alleviate stress on the Ukrainian agricultural supply chain to combat global food insecurity, especially for developing nations that rely on Ukrainian and Russian crops to feed their populations. A new agricultural agreement between Canada and Ukraine can save lives at a time when inflation-adjusted food prices have reached their highest point since the 1970s.

Though Canada has funded a $52 million (CAD) project through the UN Food and Agriculture Organization (FAO) to address grain storage shortages in Ukraine, more can be done to expand capacity and encourage better farming practices to improve total yield. Over 65% of arable land in Ukraine is comprised of Chernozem, a type of hyper-fertile organic black soil. Canadian knowledge transfer in the form of educational exchanges and expert advice can introduce the modern technology, processes, and financial methods needed to capitalize on Ukraine’s natural agricultural advantages. Each year, 500 million tons of Ukraine’s soil are eroded by outdated practices such as large-scale till farming. Canada and Ukraine, therefore, have a shared interest in protecting arable lands and mitigating the adverse effects of climate change on agriculturally productive areas.

International guidance in the modification and deregulation of Ukraine’s centralized legacy economy can further unlock the potential of its businesses, exporters, energy suppliers, and nascent tech industry. With tens of thousands of Ukrainian refugees eager to return from Canada, coupled with the gumption of the Ukrainian-Canadian diaspora community, the country is ripe for a structural transformation undergirded by overseas investments and innovation.

To best welcome these new assets, the Ukrainian state will need to slash red tape and develop an environment conducive to real property rights, free from the corruption endemic to the country’s post-1991 history. For its part, the Government of Canada should explore the revival of the Department of Justice’s International Legal Programs Section in partnership with the National Judicial Institute and the Canadian Bar Association. A framework to send highly-qualified Canadian jurists to Ukraine can contribute to legal reorganization and capacity-building initiatives, legislative drafting education, and the overseeing of much-needed law reform commissions. Long-term prosperity in Ukraine will be predicated on a stronger conception and application of the rule of law, guarded by a vigilant and responsive judiciary.

On the diplomatic front, Canada’s membership and stature within prominent multilateral bodies such as the UN, the International Court of Justice, the International Criminal Court, the G7, the OECD, and NATO provide a platform for the advancement of Ukraine’s cause along multiple vectors. Canada could, for example, lend its support to the creation of a Special Tribunal to Prosecute the Crime of Aggression Committed Against Ukraine. A proper inquiry into Russia’s leadership on charges of crimes against humanity and war crimes reinforces the foundations of the international legal regime while bringing deserved justice to Ukrainian victims. Similarly, Canada’s vocal advocacy for Ukrainian accession to NATO yields abiding benefits in the form of a grateful future partner within the transatlantic coalition.

Failure to uphold regional order in Eastern Europe has shifted the burden on Western nations, who must now take prophylactic steps to ensure the non-repetition of Russian transgressions against Ukraine. In the military aid and intelligence-sharing domain, Canada need not be the chief security provider for Ukraine. It can, however, pursue complementarities and reprise a convening function with allies to fill gaps in Ukraine’s defense apparatus. Last month, the Canadian Armed Forces (CAF) upgraded the capacity of the Prestwick transportation hub in Scotland to accelerate the shipment of weapons and equipment to Ukraine. Through Operation UNIFIER, Canadian officers assisted in the modernization and training of 33,000 Ukrainian soldiers between 2015 and 2022. This training proved critical to Ukraine’s resistance against the initial Russian onslaught in February. As conditions stabilize, Cabinet should be ready to authorize the resumption and expansion of CAF capacity-building missions in Ukraine to promote systems-interoperability and bring the Ukrainian military to NATO standards in preparation for eventual accession.

Establishing Principles for the 21st Century

The war between Russia and Ukraine, as Timothy Snyder has hauntingly described, interrogates “policies of mass death and […] the meaning of life in politics.” It has become about establishing “principles for the 21st century.” Just as the 2014 annexation of Crimea spurred the fundamental reconstitution of Ukrainian society, so too might the aftershocks of Russian bellicism act as an impetus for sweeping national and transnational reforms. Canada has a choice to make in this regard: to espouse a genuine material commitment to democratic resilience abroad, or to render mere platitudes in its name.

Winning the war in Ukraine is a precondition to winning the peace which follows. In numerous metrics and along diverse parameters, Canada finds itself in a special position to exert influence over the post-war Ukrainian reconstruction process. It should not squander an opportunity to help Ukraine back to its feet while buttressing European security in the process. Here, Canadian diplomacy can deliver a lasting generational impact in Eastern Europe. Direct institutional contact and information exchange allows Canada’s leadership to listen and learn from Ukraine’s painful wartime experiences. Lastly, developments in cyber-warfare, anti-disinformation techniques, and new battlefield doctrines may adumbrate the scale and configuration of future 21st-century military conflicts. 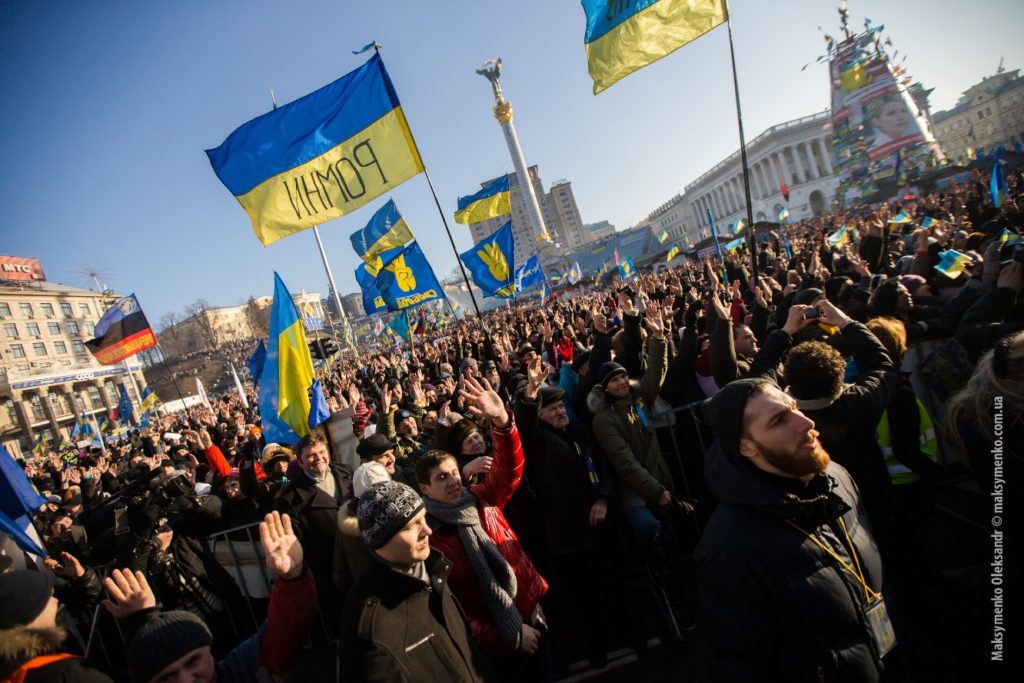 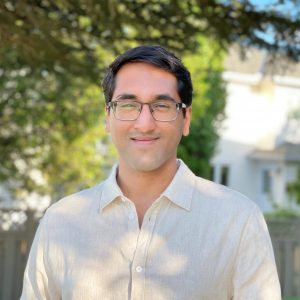