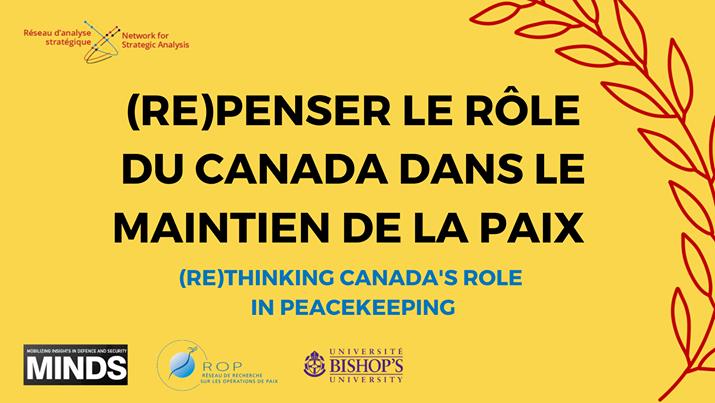 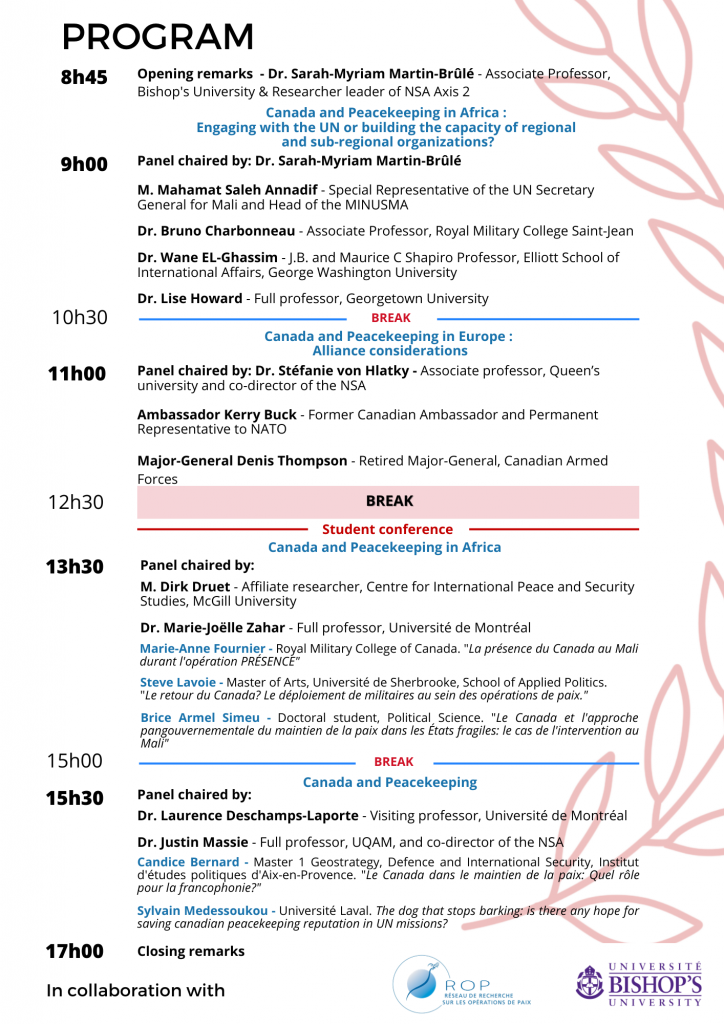 The event will be held on Friday, January 22, 2021. To participate in the conference, click on the following link to register :  https://zoom.us/webinar/register/WN_tZKuJygQTFWdsu1W1milTQ

In a changing world where multilateralism is deeply tested, peacekeeping remains an essential tool for the multilateral management of international peace and security issues. However, for several years now, this tool has been facing major challenges, including, in particular, the inconsistent support of Security Council members, the limited means made available, the difficulties related to the protection of civilians and the intertwining of internal conflicts with the dynamics of transnational terrorism.

In this context, various organizations have nevertheless seized the tool. In Africa, where the UN has long been the main peacekeeping actor, the ambitions and achievements of regional (African Union) and sub-regional organizations (ECOWAS, G-5 Sahel, ECCAS) have enabled several of these actors to carve out an important place for themselves in the management of peace and security issues at the continental level. In Europe, NATO’s involvement in peacekeeping, which was relatively unproblematic in the 1990s and 2000s, is now complicated by the deep tensions between alliance members and Russia.

Present in both of these geographic areas, Canada is a country closely associated with the birth of peacekeeping; its current government is also a strong supporter of multilateralism. Yet Ottawa has been criticized for its absence from certain geographic areas, for its “limited” contributions and for the choices it has made in its re-engagement. How does Canada position itself in the peacekeeping arena? To what extent is participation in peace operations a priority for the Canadian government? Why should it be or not? If it is, where should Canada be involved and how?

To answer these questions and to assess the extent to which and how Canada can distinguish itself in the field of peacekeeping, stakeholders will be invited to discuss the evolving strategic policies of international, regional and sub-regional organizations active in the field, their needs, and ways to align Canadian contributions with their expectations.