Taiwan: Invasion is not likely, but deterrence remains vital

This paper is a written version of a contribution made on 2nd June 2022 at a conference ‘Is War over Taiwan Coming?’ held at the University of Quebec at Montreal. This paper was published in English by the Council on Geostrategy on 6th September 2022.

In May 2022, Lord Hague, the former British Secretary of State for Foreign and Commonwealth Affairs, devoted his weekly column to the need to militarily deter the Chinese Communist Party (CCP) from launching an invasion of Taiwan. He is not the first – or last – to worry about an imminent threat. In March 2021, in testimony to the Senate Armed Services Committee United States (US) Admiral Philip Davidson saw the threat of invasion ‘manifesting’ itself by 2027.

This Primer argues that, despite its increasingly bellicose rhetoric and its reaction to the visit of Nancy Pelosi, Speaker of the US House of Representatives, to Taiwan, the CCP will not invade Taiwan in the next decade. Nor will it impose sustained blockades. The main restraint upon the CCP is the economic consequences. The resultant cratering of the global and Chinese economies would go beyond ‘lifting a stone and dropping it on one’s foot’, in the Chinese expression. An economic crash would follow, leading to large-scale unemployment in the People’s Republic of China (PRC). Without an adequate social security net, unemployment would lead to unrest, which would be directed against the party. So far, the CCP has always managed to keep protest confined to local issues; but the likelihood is that a post-invasion depression would lead to demonstrations on a scale which cross city and county boundaries. They might well become an existential threat to the party. This is something which the CCP, for whom survival in power is paramount, will not risk.

Even if all-out blockades and invasion do not happen – but the CCP has vowed that invasion would follow a Taiwanese declaration of independence – the next decade will be witness to geopolitical typhoons across the Taiwan Strait. Moreover, foreign governments would be wise to prepare for the worst, even if the chances of the worst coming to pass are small. Thus, a strategy of military deterrence is a necessary one.

Necessary, but not sufficient. More important is political and economic deterrence. Yet this is an area largely neglected by policymakers.

This Primer rehearses why invasion will not happen; looks at likely measures to be taken by the CCP in coming years against Taiwan and against countries which it perceives as supporters of Taiwan; and makes suggestions as to how the governments of free and open countries should react. Economic deterrence is more important than military deterrence. But both are required.

To continue reading, do not hesitate to visit the Council on Geostrategy website.

Charles Parton OBE  was a long-serving career diplomat, spending 22 out of his 37 year career working in or on China, Taiwan and Hong Kong. In his final posting he was seconded to the European Union’s Delegation in Beijing as First Counsellor until late 2016. In 2017, he was chosen as the House of Commons Foreign Affairs Select Committee’s Special Adviser on China. He is currently a fellow at Royal United Services Institute (RUSI) and Mercator Institute for China Studies (MERICS). 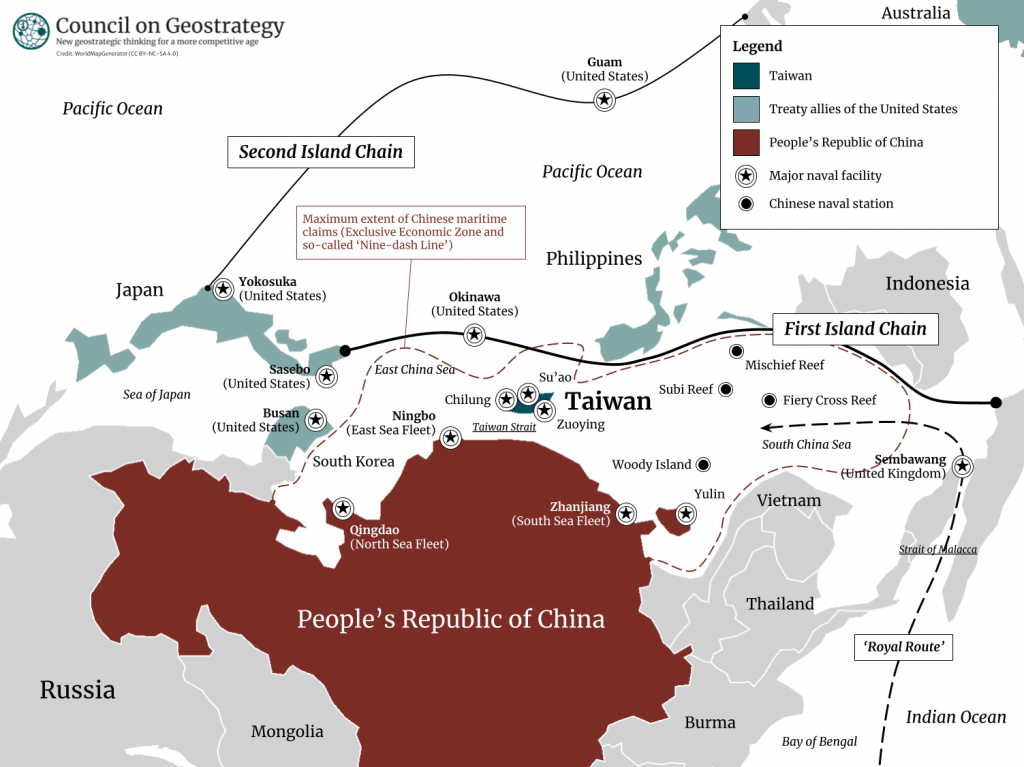