The Iranian Presidential Election: The Regime Is Hardening

With the Iranian presidential elections on June 18, 2021 looming, the Islamic Republic of Iran appears to be more frozen than ever. There is no doubt it would be premature, as some analysts do, to talk about the imminent death of the regime, as it has demonstrated, in the past and until recently, its extraordinary capacity for resilience. Nonetheless, the conditions of the presidential candidate selection process so far demonstrate the Iranian institution is growing more rigid.

In previous elections, Iranians have grown accustomed to seeing the ruling power disqualify the most “reformist” contenders. Placed under the control of conservatives of all stripes, the powerful Council of Guardians of the Constitution – whose function is notably to validate candidates – has always had the habit of marginalizing the most anti-establishment applicants. But this year, the Council has made it a greater point of honor than ever to dismiss the less orthodox candidates. The disqualification of Ali Laridjani is in this respect, quite evidential. The former president of the Islamic Consultative Assembly of Iran, yet a man of the seraglio and a historical figure of the conservative camp, was dismissed because of his stance in favor of a revival of the economy, of a more conciliatory position on the nuclear issue and some form of resumption of dialogue with the United States. His brother, Sadegh Larijani, head of the Iranian judicial system and influential member of the Discernment Council (another key institution in the Islamic system), himself protested against this decision, which he described as unjust and untenable. Other leading figures in the conservative clan, including former President Mahmoud Ahmadinejad and Vice President Eshagh Djahanguiri, have also been deemed unfit to compete in the next election.

Of the 600 candidates initially registered on the electoral rolls, the vast majority of whom were conservatives, only seven regime-loyal figures have been allowed to run in the presidential elections, including Saeed Djallili, secretary of the Supreme National Security Council, and Mohsen Rezaei, former commander of the Islamic Revolutionary Guard Corps (IRGC) and current secretary of the Discernment Council. Most analysts agree, however, that out of these seven “elected,” six of them are ultimately only extras whose sole function is to serve as a foil to legitimize the election of the one and only true suitor of the regime: Hodjatoleslam Ebrahim Raisi, director of the foundation (or Bonyad) Astan-e Quds-e Razavi, head of the Iranian judicial system and vice-president of the Assembly of Experts. The process is so blatantly corrupt that the Iranian press no longer hesitates to label Raisi “an unrivaled candidate.”

As a favorite of the Supreme Leader Ayatollah Ali Khamenei, this ultraconservative candidate is a staunch supporter of the application of Sharia law and the theocratical principle of Velayet-e faghih, inherited from Ayatollah Khomeini to the detriment of the promotion of freedoms public and individual rights. 60-year-old Ebrahim Raisi is close to Ali Khamenei, where he studied at the seminary. A highly controversial figure both in Iran and abroad, Ebrahim Raisi is, among other things, notorious for the central role he played, at the very end of the Iran-Iraq war, in the mass execution of prisoners and political dissidents (1988). As chief justice, this Iranian Fouquier-Tinville also bears a leading responsibility in preserving the extremely repressive character of the Iranian justice system. In fact, only China executes a greater number of political prisoners each year than the Iran.

Some people speculate that, in addition to Ebrahim Raisi’s likely election this June, there are strong predictions that he could become the next Supreme Leader of the Islamic Regime. His position as Vice-President of the Assembly of Experts is a real asset in this regard, since it is this body that is responsible for choosing the appointments to this coveted position. Aging and ill, Ayatollah Khamenei also has every reason to see Raisi as an ideal successor – likely to prolong Khamenei’s own reign and perpetuate the Islamic regime. In this sense, Raisi’s current ascendancy to the Iranian political scene is indicative that the Iranian regime will withdraw into itself in a process of institutional radicalization. For now, the position as the President of the Iranian Republic could constitute a stepping stone to access this sovereign function in the event of the death of Ali Khamenei (who is 82 years old).

While waiting to continue his ascent within the Iranian political system, Ebrahim Raisi promises, if he is elected president, to bring a far more intransigent orientation to the Iranian Islamic Republic’s relations with Westerners than that of his predecessor, Ayatollah Rouhani. Certainly and contrary to what we are used to believing in North America and Europe, the President of the Republic enjoys very limited powers within the Iranian political system. The 1979 Constitution considerably restricts the prerogatives of the head of the Iranian executive, whose role is most often reduced to that of “secretary” in the service of the Supreme Leader – the latter being, in fact, the real commander of the foreign and security policy of the Islamic Republic. This is why Ayatollah Khamenei has traditionally made sure that only candidates who are known for their loyalty and docility to the regime’s non-elective institutions, and to the Supreme Leader in particular, get to this position.

Hardening of the Anti-Western and Pro-Asian Posture

Notwithstanding his limited role if elected, it should be noted that candidate Raisi has campaigned on the subject of intransigence vis-à-vis the United States and the Western chancelleries. Hodjatoleslam Raisi, a member of the lower Shiite clergy, makes no secret about his hostile position towards the idea of warming relations with Western governments or towards the resumption of negotiations for a new extended nuclear agreement with the P5+1 countries. Referring to the extreme economic difficulties that Iran is currently facing and the need to find a solution to get out of this rut, Raisi echoed the Supreme Leader’s statement that Iranian leaders should not “lose a single moment” in their efforts to lift US sanctions. In this same perspective, Raisi also declared: “Instead of seeking to negotiate with the enemy, we must solve the economic problems of the country by correctly managing the human and natural capacities of the country.”

Consequently, the election, moreover very likely, of Ebrahim Raisi will not only lead to a hardening of Iranian-Western relations, but will also lead to a certain level of “bunkerization” of the Islamic regime. Overall, the outcome of the upcoming presidential elections promises to confirm the anti-Western and pro-Asian orientation of the Iranian regime as well as its growing connection to the block of countries of the Shanghai Cooperation Organization. 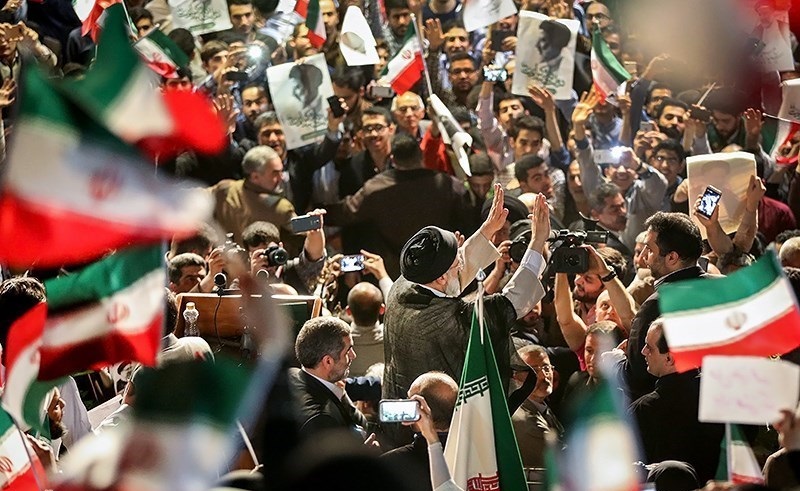 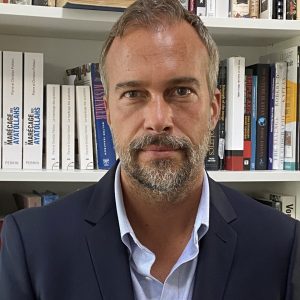