Thinking About the Modernization of NORAD

As the world shifts from unipolarity to great power competition, the new technological and military capabilities of China and Russia are real threats to the security of North America. The modernization of the North American Aerospace Defense Command (NORAD) is therefore no longer up for debate. It is necessary, especially as the lifespan of many of its facilities, including the North Warning System (NWS), is coming to an end. What are the modernization processes that are underway and what should Canada’s priorities be?

Three observations emerge. First, there is a consensus on several NORAD modernization processes within the Canadian military apparatus, Canadian industry and the Canadian scientific community. Second, the United States appears to be stressing the need for NORAD to have offensive capabilities in the future, but Canada historically has supported NORAD only for its defensive capabilities. Finally, obstacles to the modernization of NORAD are to be expected in Canada, even though Canadian public opinion currently seems to be receptive to greater investment in defence.

The Multiple Avenues of Modernization

The modernization of NORAD has been an issue that has preoccupied Canadian experts for several years, and many options are being studied. The context of new Chinese and Russian capabilities, however, puts Canada and the United States in a race against time to modernize North American defence facilities.

First, there is a consensus among Canadian experts on the modernization of the NWS in the Arctic. Designed at the end of the Cold War to detect low-flying planes and missiles, the NWS is no longer able to detect the new generation of Russian and Chinese missiles. US General Terrence O’Shaughnessy, former commander of NORAD, has been warning for several years that new nuclear-armed cruise missiles and hypersonic missiles go undetected by the NWS. Several experts are of the opinion that the new system, in order to be effective, should be based on a combination of radars combining air, space and even submarine and marine capabilities (in a 360-degree approach). Since the NWS’s detection capabilities are already inadequate, but time and money are scarce to replace it, its modernization could involve an upgrade to new capabilities and a more integrated system.

There is also a consensus among the military hierarchy, industry and the academic community on the need to implement detection capabilities that cover all domains. Indeed, the new Chinese and Russian weapons exploit the lack of interaction (the “seams”) between the various detection networks of NORAD, namely the NWS, the anti-ballistic missile defense system (BMD) of US Northern Command, and the maritime detection network. To overcome these threats, Brigadier General Peter Fesler suggests that the new system will have to combine infrared radars with radio frequencies and acoustics. An important capability of a modernized NWS will be to detect the threat at its source and be able to track it afterwards. The majority of the technologies that will make it possible to develop these all-domain detection capabilities are under development and Canadian industry can easily participate in the development of these technologies, in particular through its expertise in artificial intelligence and machine learning.

Canadian defence experts believe that offensive capabilities are needed to modernize NORAD and respond to new threats. NORAD could thus be modernized by adding capabilities to destroy the platforms of its adversaries even before the launch of missiles. The current context of the return of competition between great powers is, moreover, reminiscent of the beginning of the Cold War. Since its inception in 1958, NORAD must continually adapt to an ever-changing geostrategic and technological context. Whether developing a first-strike capability, or a conventional or nuclear response capability, NORAD’s role has always evolved to meet new threats. The present situation therefore updates the debate on NORAD’s offensive capabilities. In particular, Canadian industry sees opportunities to develop non-kinetic defence mechanisms, but some experts are skeptical of Canada’s ability to do so.

In their September 2020 report, US General Terrence J. O’Shaughnessy and US Brigadier General Peter M. Fesler suggest that a new approach to defence is needed to deal with threats to North American territory. Faced with China’s capabilities, ranging from cyberattacks to hypersonic glide vehicles, and Russia’s conventional long-range precision strike capabilities, the purely offensive US strategy of projecting power outside US territory is no longer sufficient to deal with extant threats. The United States itself has signaled, in numerous recent documents, that it feels more vulnerable. NORAD therefore takes on particular importance in developing a new North American approach.

The siloed operation of the current approach is a significant weakness already exploited by China and Russia, which have designed strike forces capable of acting simultaneously. NORAD and Northern Command have therefore developed the SHIELD strategy (Strategic Homeland Integrated Ecosystem for Layered Defense), an ecosystem that provides a multi-layered threat detection capability. Protection in all areas and data analysis are at the heart of this new system, which is already starting to be tested with the “Pathfinder” initiative.

The O’Shaughnessy and Fesler report therefore suggests a more offensive, and no longer exclusively defensive, NORAD command, as evidenced by their use of the terms “engage the archer instead of the arrow”, that is to say, “target launch vehicles rather than missiles”. However, Canada supports participation in a purely defensive NORAD, which contributes to warning, and has refused in the past to participate in the anti-ballistic missile defense program (BMD), the only significant effort to modernize North American defence over the past two decades. As mentioned, a number of experts are calling for NORAD to develop deterrent capabilities to deal with new Chinese and Russian weapons. Canada, however, has never encouraged this type of positioning and it is likely that a disagreement will arise between the two countries. Experts note, however, that Canada would have every interest in joining the BMD programme.

In the same vein, the Joint All Domain Awareness Command and Control (JADC2) is an initiative of the US Department of Defense to connect all the sensors of all its military domains – Air Force, Army, Marines, Navy, Space Force – in order to quickly detect threats and alert decision makers. As Lee Obst argues, Canada has technical capabilities (such as artificial intelligence) that it could use for the development of this system. However, Canadian political will, as well as its procurement practices, prevent Canadian industry from participating in JADC2. JADC2 could be an advantage for NORAD and continental defence, but also an infrastructure project that would promote connectivity to the remotest corners of the North.

The new 2019 Arctic strategy of the US Department of Defense therefore emphasizes the importance of deterrence, but also the competition between great powers in the Arctic, especially in relation to new Russian capabilities. It recognizes the importance of modernizing NORAD capability in all areas, but also of cooperating with Canada to ensure the defence of the continent. Despite this, the strategy emphasizes the need to build an Arctic deterrent independent of its allies, again signaling the US offensive will in the defence of the Arctic.

Several obstacles will have to be overcome in order to modernize NORAD, the most notable being the high financial costs and the lack of time. Likewise, the Arctic also poses constraints, whether in order to respect the wishes of the Indigenous peoples who inhabit it, its hostile environment, or the melting ice and permafrost. The need to replace radars and to act in all domains poses the challenge of a series of different platforms to be managed (one can assume at the maritime, air, land, space and cyber levels) in addition to an extraordinary effort to upgrade radars in an almost non-existent timeframe. Canada does not have the budget right now to do this.

Canadian political will and domestic concerns could also be a barrier to modernizing NORAD, especially if it turns out to be more offensive than defensive. According to a survey conducted last August by Nanos Research and a group at the University of Calgary, Canadians recognize China as the main threat to Canada’s security. Additionally, 41% believe Canada should increase spending on national defence and 39% believe the budget should stay the same. This poll shows a shift in Canadian public opinion, which seems more inclined than before to see their government investing in defence. The Canadian government could thus test the waters with its constituents in order to establish an adequate budget for the modernization of NORAD.

In light of these findings, Canada must invest in NORAD’s defensive capabilities. The lack of budget allocated to its modernization, despite the allusion of this need repeatedly in Canada’s defence policy of 2017, Strong, Secure, Engaged, will have to be revised, because, in light of the Chinese and Russian threats, Canada can no longer escape this modernization.

The result of the US elections of November 2020 certainly has an impact on the way forward for this modernization. Indeed, Canada opted for a more low-key approach during President Trump’s tenure, especially as Canada only contributes 40% of NORAD spending. Following the election of Joe Biden as President of the United States, Canada may opt for a more open strategy. Even before the new president takes office in January, Canada should take a stand and commit to its electorate to invest heavily in NORAD’s defensive capabilities. Biden is known for his respect for democracy and non-interference in the internal affairs of states. Canada, by engaging with its constituents, will be held to this promise and the United States will be under pressure to keep it.

However, the costs of maintaining the current defence policy are too demanding for a middle power like Canada. The limited capacities of the Canadian defence budget, linked to a difficult economic context caused by the COVID-19 pandemic, will force Canada to review its priorities. In this sense, and taking into consideration the obsolescence of Canadian defence arsenals and the Chinese and Russian threats, Canada should prioritize its own protection for the years to come. Although Canada projects that its total defence spending, as a percentage of GDP, will increase to 1.48% by 2024-2025, these targets do not yet take into account future spending on NORAD modernization. Thus, in order to truly implement this modernization, Canada will need to consider cutting other portions of its defence budget. 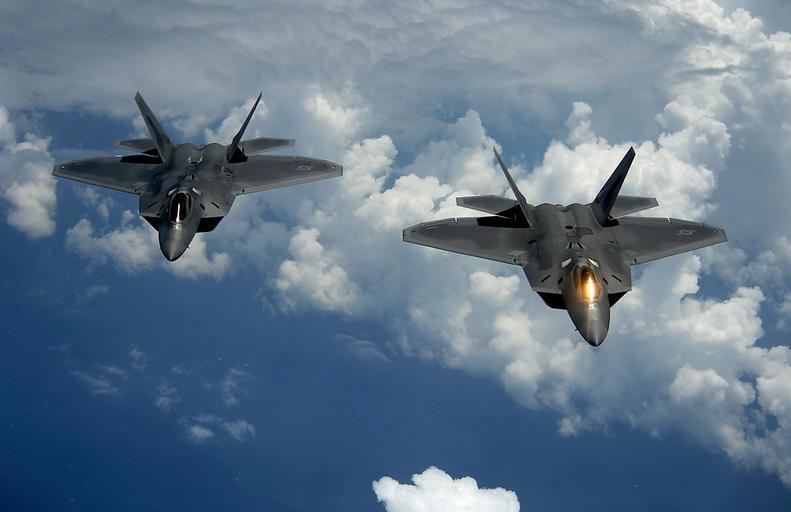 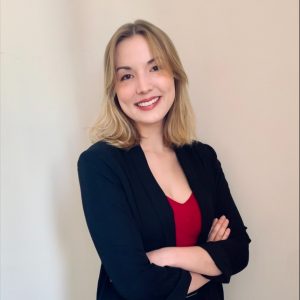