Arctic Multilateralism and the Consequences of the Ukrainian Conflict

On February 23, 2022, the Kirkenes Conference opened, a conference held annually in northern Norway since 2002. The forum has gradually gained prominence in the regional dialogue since then, becoming an important meeting, particularly at the scale of the Barents region. Russian Foreign Minister Sergey Lavrov was present and gave an opening speech focusing on regional cooperation, emphasizing that “over the years, the forum has asserted itself as one of the leading platforms for the constructive and depoliticized discussion of the pressing issues of international cooperation.” He also said there were “well-established traditions of mutual assistance and good-neighbourly relations” in the region. This speech could demonstrate what some call “Arctic exceptionalism,” referring to the Arctic being supposedly isolated from global geopolitical tensions.

However, on the night of that very day (February 23 to 24), Russia invaded Ukraine, rapidly shattering this already questionable image of an Arctic region being insulated from major geopolitical issues. Indeed, reactions have been swift: as early as March 3, the Arctic Council paused all its activities. Most regional and subregional organizations followed suit, effectively isolating Russia on the Arctic stage — precisely when the country was assuming  its rotating chairmanship of the Council.

The Arctic Council “should not deal with matters related to military security,” as stated in the famous footnote to the Ottawa Declaration — the  Council’s founding statement. However, circumpolar cooperation still relies upon “the core principles of sovereignty and territorial integrity, based on international law, [that] have long underpinned the work of the Arctic Council,” of which the Russian invasion constitutes a “flagrant violation,” as underlined in the March 3 joint statement. While this pause in the regional cooperation — which now extends far beyond the Arctic Council — seemed unavoidable, this policy brief aims to look at Arctic multilateralism in light of this new geopolitical context. On June 8, 2022, a communiqué was issued by seven Arctic Council members — all of the member states except Russia — which announced a limited resumption of the Council’s work, resuming tasks that did not involve the Russian Federation. Therefore, the question of Arctic multilateralism remains to be answered.

The Strength of Weak Ties in the Arctic: A Region Marked by Cooperation

One of the major characteristics of Arctic cooperation is the multitude of institutional formats for cooperation between regional actors — and other actors interested in the region. Indeed, while the Arctic Council has gradually established itself as an essential forum for regional governance, several “soft” forms of governance also exist at the regional and sub-regional levels, particularly in the Barents Sea sector. In addition to this Council, there are important conferences such as the annual meeting of the Arctic Circle or the Norwegian Arctic Frontiers conference. By attracting thousands of Arctic stakeholders annually, these two events have established themselves on the regional political scene and play an important role in the Arctic dialogue. Furthermore, these meetings encourage scientific cooperation, another regional structuring force, particularly reflected in the 2017 agreement precisely designed to promote it. The International Arctic Science Committee (IASC), founded in 1990, is also a significant driver of scientific cooperation. In the Arctic, science has established itself as a fundamental diplomatic tool, allowing for continuity of cooperation even when “when diplomatic channels among nations are unstable.” Cooperation is also built around many non-Arctic actors such as the Council’s observers; it is structured around sub-regional organizations such as the Barents Euro-Arctic Council or the Northern Dimension policy of the European Union. Last but not least, this cooperation is also carried out by Indigenous organizations whose traditional territories do not necessarily correspond to state borders.

These “weak links” are the strength of the regional Arctic model: they allow for cooperation at every scale — as it even involves actors beyond the Arctic —; at all levels — involving non-state actors — and in various sectors — scientific, environmental, or search and rescue with the Arctic Coast Guard Forum. Crucially, this cooperation has deliberately been built around issues unrelated to military security — hence the idea that the region could be isolated from global tensions. For a time, the Arctic Security Force Roundtable gathered the heads of the Arctic states’ armed forces, but the annexation of Crimea in 2014 put an end to it. In 2021, Russia had raised the possibility of resuming talks, but the other states did not follow suit. All in all, regional cooperation has solidified precisely because it excluded security issues. Instead, it is structured around issues that require circumpolar cooperation, the collaborative management of which being mutually beneficial. Just a few days ago, Nikolay Korchunov, who holds the current presidency of the Arctic Council, incidentally reaffirmed that Russia remains convinced “that there are no problems in the High North that require military solutions.” There has indeed been a recent movement toward the remilitarization of the Arctic, particularly in the Russian Arctic, with regular exercises also being conducted in the region, which could contrast with this statement. These exercises should also serve as a regular reminder of the importance of having functional communication channels to limit the risk of misunderstanding or misinterpretation of their objectives and thus limit the risk of escalation.

This cooperation model has gradually been built since the end of the Cold War. Although it has experienced ups and downs — particularly after the annexation of Crimea — it is the first time that diplomacy has come to a complete standstill in the region. This necessary pause is a strong signal of a major disagreement regarding the violation of international law — when these principles of international law precisely underpin regional cooperation.

Firstly, we should raise an important nuance: cooperative ties are suspended but not entirely broken. The closest deadlines were the first to be postponed: a meeting of the Arctic Council and the Arctic Economic Council was scheduled in Saint Petersburg, and, as things stand, it was inconceivable to hold it. For its part,  IASC also indicated that decisions would be taken later on. Of course, the immediacy of traditional security issues implies that they take precedence over others, but the break is not yet complete, and it seems too early to state otherwise. As the Council announced that it would resume activities that do not involve Russia’s participation, it seems to abound in this sense: for the time being, there is no discussion of formally excluding the Russian Federation altogether.

It comes as no surprise that, on the Russian side, Nikolay Korchunov described the decision to suspend the Council’s work as regrettable. However, two elements can be identified in his statements. Firstly, the ambassador stresses that Russia has “no alternative” but to develop its Arctic territories — and the region is indeed a strategic priority for its national economic development. For this reason, it may be noted that maintaining the Arctic as a zone of peace may remain a priority for Russia, which would have no advantage in seeing the economic development of its Arctic façade affected by armed conflict. The country has announced that it will pursue its agenda for economic development, which had already been set out in its roadmap, published when Russia took over the chairmanship of the Council.

Korchunov also points out that “a temporary freeze on the Council’s activity ‘would inevitably lead to the accumulation of the risks and challenges to soft security in the region’.” This is the core of the problem. Security in the Arctic region is generally understood in a very broad sense and is not limited to traditional security issues. It also encompasses environmental, social, economic, or human security issues. Thus, many of the matters addressed in the Arctic Council are transnational by nature, foremost among which are environmental issues. Cooperation on these matters is essential, as an approach constrained by artificial borders would prove neither relevant nor effective. As such, these issues would be the first to suffer from a disruption in the Arctic cooperation model. While a temporary suspension of cooperation seems essential in order to send a strong signal, the question now is how to return to regional dialogue on these issues — a possibility that has not yet been completely ruled out.

Which Arctic Cooperation Without the Russian Arctic?

On top of this “strength of weak ties” and the importance of these broader security issues in the regional dialogue, there is another, unavoidable dimension: geography. A quick glance at a map of the Arctic shows that the Russian part accounts for about half of the circumpolar region. Therefore, any cooperation format that excludes this Russian part loses, strictly speaking, its Arctic dimension. This issue has been very widely raised, in particular by Indigenous organizations. The statement issued by the Russian section of the Saami Council stated that “the Sami are one people who live regardless of state borders” and that “now, more than ever, the Sami people in Russia need international support to continue cooperation between the Sami of the four countries.” The communiqué issued by the Inuit Circumpolar Council [ICC] also emphasizes the importance of the circumpolar dimension of cooperation that cannot be limited to national borders: “ICC emerged from the Cold War as a unifying voice for Inuit across our collective homeland of Inuit Nunaat. We worked hard to ensure that our sisters and brothers from Chukotka were able to join us in 1992.” Regional cooperation cannot claim to be “Arctic” if it does not have a circumpolar dimension; it must also ensure that Indigenous peoples always have a say in regional dialogue. 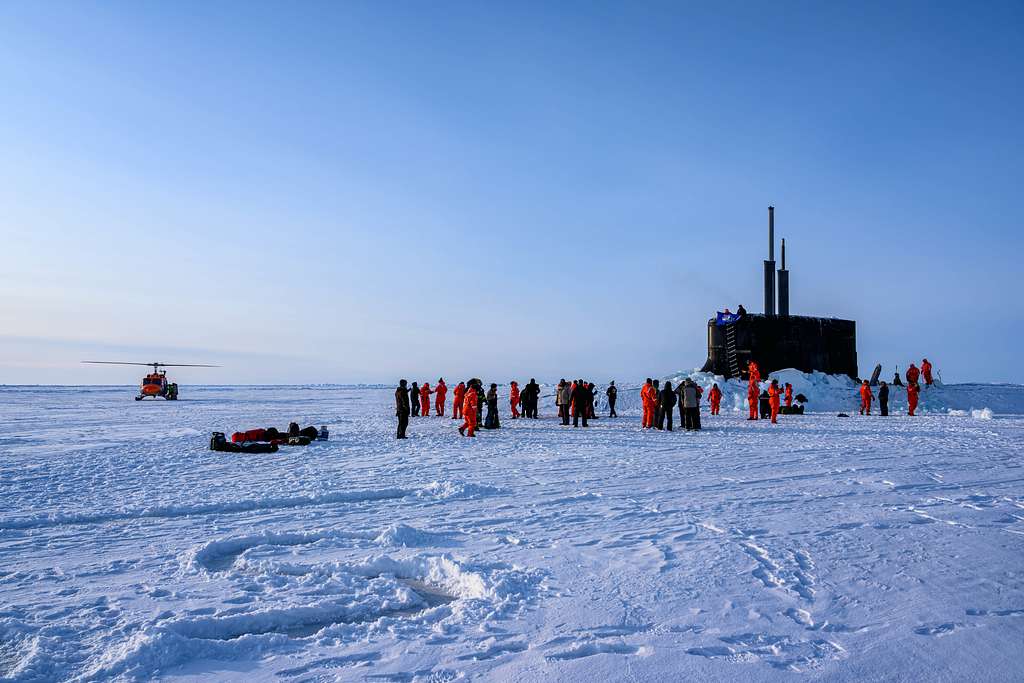 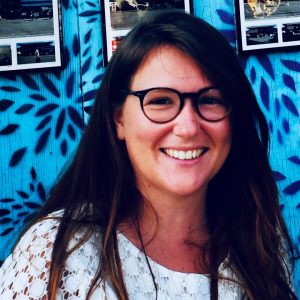