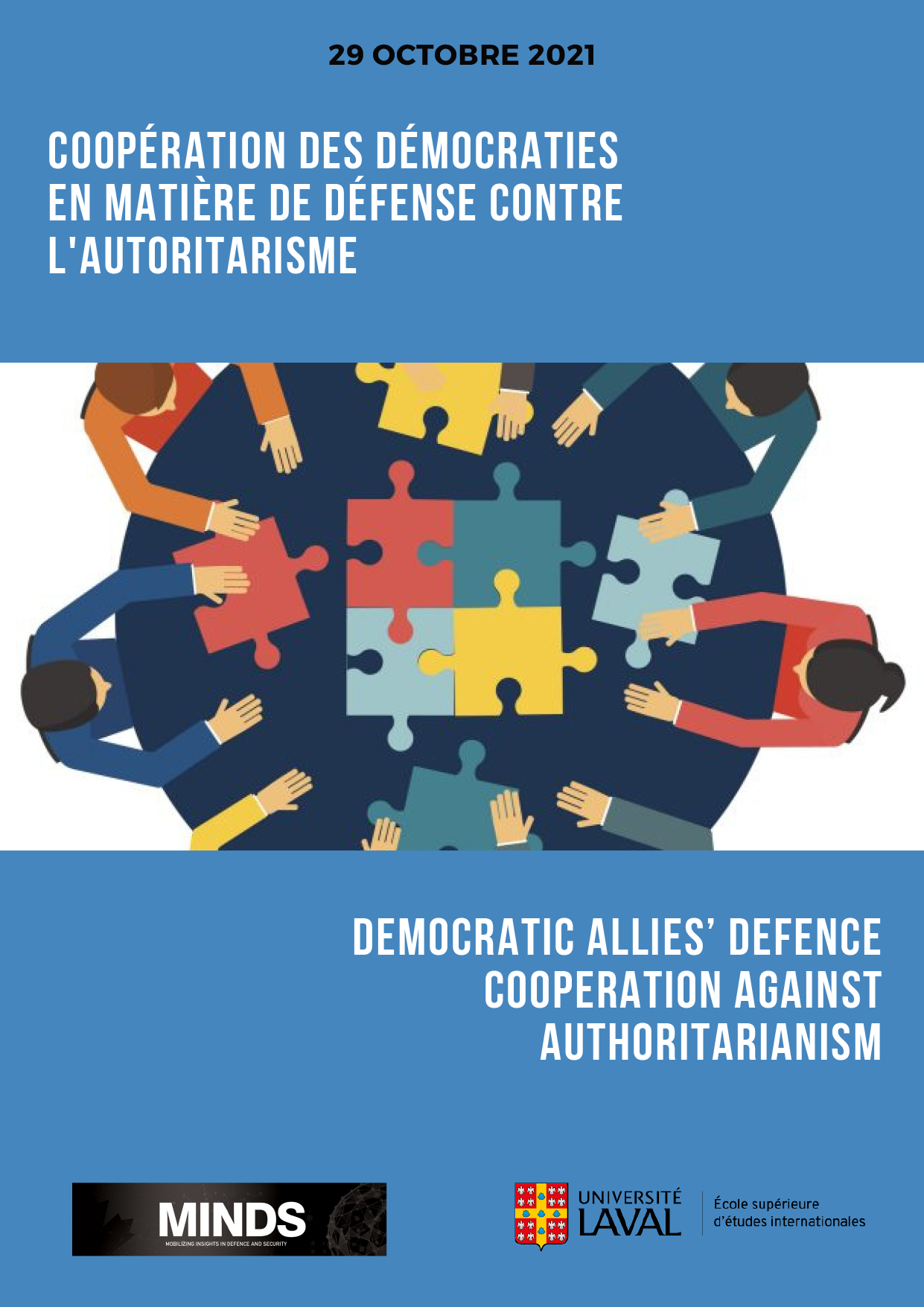 This is a bilingual event with simultaneous translation

U.S. President Joe Biden has called for greater cooperation among democratic allies in the face of authoritarianism. Following his election, he was quick to reassure East Asian and NATO allies of his administration’s determination to strengthen U.S. engagement with them. However, it is doubtful that this was enough to overcome the trauma of the Trump years. President Biden’s decision to act unilaterally in the withdrawal from Afghanistan, and the surprising creation of a strategic partnership with Australia and the United Kingdom (AUKUS) behind the backs of other democratic allies, notably France, undermined his initial attempt to pick up the pieces. Current inter-allied tensions come three years before the next U.S. presidential elections, which could very well bring a Trumpist Republican, or Donald Trump himself, to power.

In this context, tough questions must be asked: 1) Do democratic allies share sufficient strategic interests and trust to keep in check revisionist powers like China and Russia? 2) Do they have a sufficiently coherent defensive force to deter them? 3) In the event that America should, again, turn inward in 2025, would U.S. allies be sufficiently coordinated to present a common front to defend the established international order?

The purpose of this virtual workshop, is to focus on the state of U.S. allies’ defence cooperation. As threats multiply and diversify, what are the political dynamics driving the relationship between democratic allies in 2021? Are allies strengthening their cooperation and, if so, is this translating into policy convergence? Are allies siding with America to balance against China and Russia’s ambitions? Where is defence cooperation between U.S. allies occurring and how far is it being taken? Is this cooperation mainly regional (e.g., within the EU or among Indo-Pacific allies) or is it truly global (e.g., encompassing Tokyo, Canberra, London and Berlin)? Is there evidence of the opposite dynamic, that is, toward policy divergence and strategic autonomy? If so, why, in what area(s) and to what extent?

This virtual workshop will tackle these questions using a comparative analysis of how European, Asian and North American allies–Australia, South Korea, Japan, Canada, France, Germany and the UK—are addressing these specific defence issues.