From the Margins and Outside the Box: New Perspectives on Researching the Military

Johanna Masse
Network for Strategic Analysis (NSA) / Événements / From the Margins and Outside the Box: New Perspectives on Researching the Military 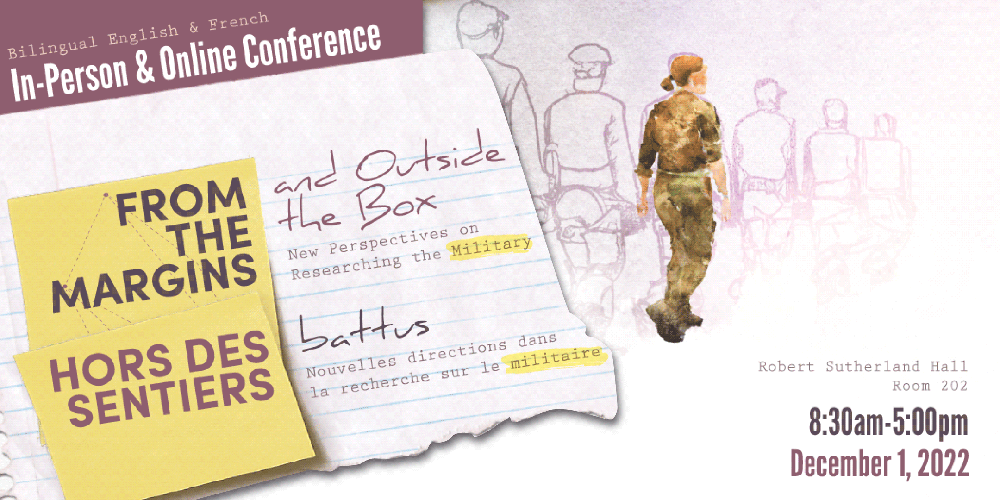 This is a bilingual event. Live interpretation will be available to all attendees.

Often called out for its lack of diversity and inclusion, it is not only the military institution that needs to change, but also the way it is studied. For far too long, research on the military has been siloed. Few dialogues and consultations among researchers were taken place, either because their research field was distinct (political science, sociology, anthropology, history, applied ethics, and so forth) or because they were working for different institutions (academic or governmental). Now more than ever, marginalized approaches and perspectives in the study of international security need to be heard and seen as they can bring answers to some of the challenges the military institution is currently facing.

The conference is hybrid. Public is welcomed either in person or virtually

8:45 am – Panel #1 : Participatory Research within the Military Institution: From Observation to Action-Research in the Service of Servicemembers

This panel focuses on how participatory research offers an original and relevant perspective when it comes to the analysis of the military institution and its members. Using different perspectives (sociology, anthropology, applied ethics, etc.) and relying on different case studies (France, the Netherlands and Canada), the four researchers in this panel will present their work, as well as how they used this methodological approach in their respective research. Participative research contributes to a better understanding of issues such as the integration of women into the armed forces, the psychological suffering suffered by certain members, or more generally the ways to improve the situation of active members, veterans, and their relatives. As such the contributions of participatory research should not be overlooked.

10:15 am – Panel #2: Lived Experiences Under Scrutiny: Learning from the Servicemembers Themselves

This panel is about lived experiences, and how a better understanding of what is happening at the individual level can potentially help to better understand – and thus ultimately improve – what is occurring at the institutional level. Lived experiences make it possible to better understand the trajectory of individuals and how they are coping when confronted with obstacles at certain points of their lives. Soldiers’ lives courses in particular are known to be chaotic. Learning for instance about their experiences on the battlefield, or their transition out of the military, can enable the armed forces to better prepare its members when, or if, they face these situations.

11:00 a.m. – Panel #3: Representation of Gendered and Sexual Identities: Toward a More Inclusive and Diverse Military Institution

This panel addresses the question of gender and sexual identities – as well as their integration – within the military, and how this issue has become central to most armed forces in democratic countries. Indeed, the military institution has long been synonymous with hyper-masculinity and heteronormativity. Those who did not match to the expected image and qualities of a soldier did not necessarily find their place within the institution, and were sometimes the target of inappropriate behaviour, harassment or violence. If today’s and tomorrow’s military wants to pursue the agenda of inclusion and diversity that it has set itself, it requires a better understanding of what some of its members are going through as well as the implications this has for them, as shown by the researchers on this panel.

The Power of Diversity in the Armed Forces. International Perspectives on Immigrant Participation in the Military

While countries throughout the world rely on immigrants to support their populations and economies, access to the military is limited, denied to those who have not yet acquired citizenship. Precluding immigrants from serving in their host country’s armed forces is an issue of moral equity and operational effectiveness. Allowing immigrants to enlist ensures that the military represents the population it serves and encourages inclusivity and cultural change within the institution, while also creating a more effective military force. The Power of Diversity in the Armed Forces investigates how different countries approach the inclusion or exclusion of immigrants in their armed forces and offers immigrant military participation as a pathway to citizenship and a way to foster greater societal integration and achieve a more equitable, diverse, and inclusive military. By surveying international perspectives on immigrant and non-citizen military participation in twelve countries, The Power of Diversity in the Armed Forces introduces and examines a new way to unlock the power of diversity in military organizations globally.

This panel tackles the question of military culture, and the difficulties that lie not only in analyzing it, but specifically in changing it. Having become a matter of importance, particularly in Canada, due to the problematic behaviours associated with it, military culture nonetheless remains complex to approach as an object of study. The researchers on this panel approach the issue from different but complementary angles.

This panel focuses on the relationship between the state and the armed forces, a relationship that has evolved over time and space, and which influences the way power and strength are more generally apprehended. As the researchers on this panel will demonstrate, this relationship evolves depending on the context, including when a country is in a period of conflict, even if a state claims to be neutral. Nationalist discourses can also influence this relationship, as the presence of third actors, who do not always recognize one or even both institutions. Finally, and despite the possibilities offered by new technologies, such as artificial intelligence, we must remain cautious about the transformative potential of these new technologies, as it will be shown in this panel.

The State of Diversity in Canadian Studies 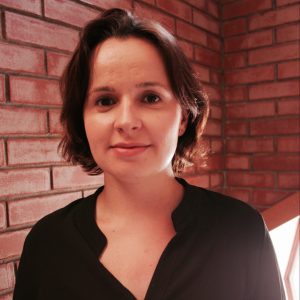