André Abel Barry is an official of the Organisation Internationale de la Francophonie (OIF). He is the Head of the “Peace and Stability” Unit in the Political Affairs and Democratic Governance Division. He also coordinates the Radio Jeunesse Sahel project. He has been responsible for legal and judicial cooperation as well as the follow-up of the support to the G5 Sahel, at the OIF headquarters in Paris (France). In particular, he coordinated the establishment of the Francophone Network for the Prevention of Violent Radicalization and Extremism that could lead to terrorism (FRANCOPREV) in 2018. André has worked for more than 18 years in diplomacy and international cooperation with a particular focus on countries in crisis and post-crisis. He was previously a Ministerial Advisor and has also worked in the French Embassies in the Central African Republic (where he was made Commander in the National Order of Recognition), the Democratic Republic of Congo (DRC), Uganda, Rwanda and Burundi. This, after having been, notably, in charge of civilian crisis management at the French Ministry of Foreign Affairs. André has also worked for the United Nations: United Nations High Commissioner for Refugees (UNHCR) in Liberia and Guinea; United Nations Operation in Côte d’Ivoire (UNOCI); Office for the Coordination of Humanitarian Affairs (OCHA) in Guinea. He has also collaborated with the European Union (EU) Election Observation Missions in Togo, Côte d’Ivoire and the DRC. 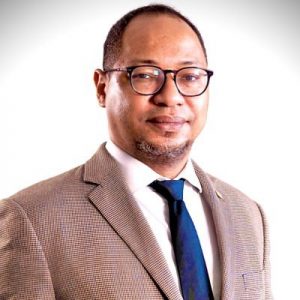 The geopolitical future of La Francophonie

note: French language with English subtitles. In the era of globalisation, cultural uniformity around Anglo-Americanism is perceived as a…