Artur is a retired senior executive from the Canadian public service. With more than three decades of experience, he has expertise in foreign policy, intelligence, security, and defence issues. He served as a champion of equity, diversity and inclusion with roles supporting 2SLGBTQ+ persons, combatting antisemitism and other forms of racism and discrimination. He is currently a Senior Fellow with the University of Ottawa Graduate School of Public and International Affairs, a Senior Strategy Advisor with Samuel Associates, and a member of the Board of the Centre for Holocaust Education and Scholarship.

Artur worked in a strategic capacity since 1997 when he served as Executive Assistant to the Secretary of State (Multiculturalism) (Status of Women). In 1999, he joined Canadian Heritage and in 2004 was appointed Director, International Relations & Outreach where he worked on human rights, sport and cultural policy. In 2006, he joined Public Safety Canada where he held multiple executive positions including Director General, Strategic Policy & Planning, and Director General, International Affairs & Border Policy where he served as lead negotiator for Beyond the Border – a framework for Canada-US cooperation on security and prosperity. Artur moved to DFAIT in 2010 as Director General, Security & Intelligence where he advanced Canadian interests in combatting terrorism and advancing Canada’s international security relations. He coordinated intelligence support, provided mission security advice, and liaison with the security & intelligence community.

From 2014 to 2018, Artur served as Canada’s Ambassador to Norway. During his tenure he led a team advancing Canada’s economic, cultural, defence and security interests. He promoted diversity and inclusion through work on gender equality, 2SLGBTQ+ rights, refugee and migrant rights, and the promotion of religious freedom. From 2016-18, Artur served as Canada’s Head of Delegation to the International Holocaust Remembrance Alliance.

He joined the Communications Security Establishment in 2018 as Director General, Intelligence Operations and was promoted to Associate Deputy Chief SIGINT (Signals Intelligence) in 2020. He served as Assistant Deputy Minister, Senior Advisor for People, Equity, Diversity & Inclusion. He was also Executive Champion for the 2SLGBTQ+ community at CSE and the first government-wide Executive Champion for the Jewish Public Servants Network.

Artur has a Master of Arts in International Relations and Conflict Studies from the Norman Paterson School of International Affairs at Carleton University. He was elected Rapporteur for the negotiation of the UNESCO Convention on Cultural Diversity. In 2006 he was awarded the Chevalier de l’Ordre des Arts et des lettres from France for this work. In 2021 he received the Career Impact Award at the first Public Service Pride Awards for his work advancing 2SLGBTQ+ rights 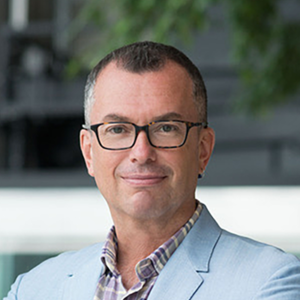