Maxime Philaire is a master’s student in political science (with a thesis) at Laval University, after having obtained a Bachelor’s degree in International Relations at ILERI Paris. In parallel to his studies, he is involved in various positions: Teaching assistant for Professor Anessa Kimball, Deputy Coordinator of the Réseau Québécois d’Études Post-Soviétiques, Correspondent of the Délégation Canada des Jeunes-IHEDN in Quebec City, and President of the NATO-Laval student association. The main focus of his research is Russia and the use of force in its 21st century foreign power policy, including a study of its military strategies and doctrines. He is also passionate about the military and geopolitical analysis of wars and other conflicts, particularly in the Middle East and Africa, as well as the security relations between NATO, the European Union and Russia in Europe. 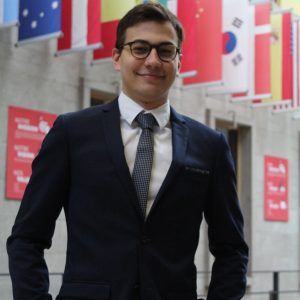