Philippe Beaulieu-Brossard is a Marie S. Curie Fellow at the Centre for Military Studies, University of Copenhagen, an assistant professor (on leave) specializing in Defence, Security Studies and Design Theory, and the design thinking curriculum lead for O4-O5s at Canadian Forces College (CFC). Philippe is the co-founder of Innovation Methodologies for Defence Challenges (IMDC), the leading global annual convention gathering military designers, instructors, and researchers from around the world since 2016. He also successfully designed, coordinated and led two world-class design thinking exercises called Shifting Sands for 80 students supported by 8 facilitators, 11 regional experts, 6 directing staffs during two weeks at Canadian Forces College in 2018 and 2019. In 2017, Philippe released the Archipelago of Design project aimed at making available the experiences of defence practitioners with new planning and innovation methodologies for research and education purposes and led the publication of a first special issue including the articles of 16 defence practitioners published by the Journal of Military and Strategic Studies (JMSS). As a Marie S. Curie fellow, Philippe works on military education projects including a project inspired by the state of the art in video games as well as on a book developing a sociology of military design. For this project, he literally followed the footprints of design thinking from Israel Defense Forces, the U.S. army, U.S. Special Operations Forces and Canadian Armed Forces in a first research phase between 2015-2017. He is pursuing his fieldwork tracing design thinking in Europe as it is emerging in professional military education programmes in Denmark, Sweden, Poland, and NATO. Philippe holds a PhD in International Relations from the University of St-Andrews in the United Kingdom. His work has been published in several journals, including Review of International Studies, International Relations and International Studies Journal. He is turning his thesis into a book with Routledge’s New International Relations Series. This book will cover confirmation biases involved in the use of academic concepts for making sense of the Iranian nuclear crisis between 1998 and 2016. 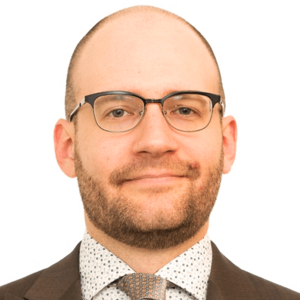 Russia’s invasion of Ukraine, gray zone conflicts, the weakening of US hegemony, and the rise of China—the world in…