When an empire bids farewell, it can do so with a certain elegance, or by leaving chaos and desolation on its trail. This second scenario accurately describes Vladimir Putin’s Russia, ready to do anything to make people forget their geopolitical decline and maintain his country’s rank in the concert of nations. At the price of a discordant music, and even a collapse.

As the world’s second-largest military and nuclear power, with a permanent seat on the United Nations Security Council, Russia suffers from demographic decline and a gross domestic product lower than that of Canada. Since 1991, it has also lost much of its territory and sphere of influence. This gap between a past of greatness and a stunted present explains much of Moscow’s foreign policy.

Expressed in the brutal and unprovoked invasion of Ukraine, the hubris of a dictator who still believes himself to be the head of a great power threatens not only regional peace, but also international order. Some believe that the sense of encirclement and humiliation felt by the Russian elites following NATO enlargement made this action inevitable. I do not think so. While it can be argued that Russia was pushed into the wires after the end of the Cold War, Vladimir Putin still had a choice.

In a collective book published in 2020, my co-authors and I describe eight strategies for managing geopolitical decline. These offer a menu of options for dealing with decline. They suggest that it is possible to slow it down, or at least mitigate its consequences, but also to make it worse.

Some of the strategies explored in the book are aimed at the international system. While the late Byzantine Empire (1261-1453) tried to obliterate its planned obsolescence through a strategy of cultural and diplomatic engagement, Austria-Hungary chose punitive war – a form of prevention – against Serbia. Closer to home, the United States tried to boost its economic competitiveness under Ronald Reagan and Barack Obama, before beginning a disengagement from global institutions during Donald Trump’s tenure.

Other strategies were aimed at the domestic audience. While Diocletian (244-311) innovated to restore Rome’s authority through reforms, the Japanese Shoguns implemented an isolationist policy during the Edo period (1650-1842). After the fall of the Berlin Wall, Russia first chose to imitate the Western model, before turning in the 2000s to the patriotic self-strengthening of the elites and public opinion.

For if the objective reality of geopolitical decline can be observed a posteriori by historians, for contemporaries it is a theatrical performance that takes place in real time. Decline is part of the stigma management theorized by Erving Gofmann. It consists in mobilizing economic, military, cultural and political resources in order to maintain social status. In a way, France using its veto of the war in Iraq in the Security Council and Turkey in its attempt to influence conflicts in its neighbourhood were staging a refusal of decline by relying on their most critical resources.

In all honesty, we wrote Coping with Geopolitical Decline with the decline of the United States in mind. Convinced that Europe held useful lessons for a soon-to-be ex-hegemonic power then being worked over by Donald Trump’s antics against a backdrop of China’s rise.

We didn’t think so much about the trajectory, perhaps predictable, of Russia. A chapter of the book is, however, specifically dedicated to this country. Using our typology, Seçkin Köstem and Virginie Lasnier describe Vladimir Putin’s strategy as a mixture of ideological self-strengthening and military prevention. This strategy has been imposed through a “great power nationalism” rallying public opinion to the revanchist position of the security elites, the siloviki. In a prescient conclusion (p. 151), Köstem and Lasnier write: “the Russian case demonstrates that relying on foreign policy aggression can pay off in the short run by boosting the public’s support for the government, especially in times of economic turmoil and acute political crisis. However, [this strategy] is clearly not sustainable in the long run and foreign policy revisionism cannot compensate for genuine economic and political reform.”

This is the scenario we are seeing in the war in Ukraine: early on, we saw an out-of-proportion aggressiveness fuelled by a nostalgic discourse about “great Russia” and the president’s assumed contempt for neighboring nations, simultaneously cajoled into their Russian identity and accused of playing into the enemy’s hands. But, soon enough, we also saw disoriented elites and genuine protests in Russia elites; a stalemate on the ground that exposed the Kremlin’s delusions of grandeur; and, above all, economic vulnerabilities that, worsened by unprecedented economic sanctions, will make Russia a worn-out country even after its armed forces have destroyed Ukraine.

Preventive War, the Choice of a Combustible Strategy

Was there an alternative scenario? Based on an extensive comparison between Byzantium, France, the United Kingdom and the Soviet Union, our book proposes two general conclusions. First, contrary to the most primitive realist theses in international relations, geopolitics is not fate. Indeed, Vladimir Putin’s strategy was not the only one available. His predecessor, Boris Yeltsin, had rather emphasized the imitation of the liberal model and strategic disengagement. With little success, admittedly, but a more enlightened leader than Putin would have seized the opportunities offered by the European Union, which is more open to cooperation than NATO, or invested in the economic modernization of his country.

Second, the choice of a strategy for managing decline shapes international order, for better or for worse. Of all the options listed in our book, prevention, i.e., the neutralization of potential adversaries or their allies, including through what Julian Go calls “performative warfare,” is by far the most concerning for world peace. Since Thucydides’ Peloponnesian War, we know that the outcome of preventive war is uncertain. Exhausting the belligerents, it probably does not slow down the decline, but it does help to inflame the international order.

Unsurprisingly, preventive war is favored by authoritarian regimes that prefer the maintenance of their dominance to the welfare of their people. But here again, Vladimir Putin had a choice. Although limited and suffering from the comparison with democratic movements, especially in Ukraine, his authority was not destabilized by internal dissent. In the region, the security dilemma had never been so unworrying as in the recent period: neither Ukraine nor any of its neighbors posed a threat to the integrity of Russian territory; the likelihood of its joining NATO, which some considered “brain-dead,” was almost nil; and the United States was pivoting to Asia. The decision to invade Ukraine can therefore only be attributed to a sovereign will to strike at a time when the United States, Europe and NATO seemed to be in a weaker position.

It is now a given that the United States and Russia have become enemies again. The United States is declining, but slowly, and it can count on Europe to form a geopolitical bloc. Russia is declining much more and much faster: will it find allies to successfully exit the scene? The most famous case of “successful decline” is that of the handover between the United Kingdom and the United States. This allowed the former British Empire to remain in the game throughout the 20th century, occupying a prominent place in the international order and institutions it had helped to create. As was the case during the aborted Suez Crisis, Washington did not always follow London in its post-colonial adventures, but it did extend its influence.

Will China, economically stronger but militarily more fragile, play a similar role with Russia? Will it be tempted to support Moscow with its economic and diplomatic means with the simple aim of balancing (or putting an end to) American power, thus giving Vladimir Putin the impression of having avoided decline? Or will it remain on the sidelines, on the lookout, hesitating between the satisfaction of seeing two rivals weaken each other and the concern of weakening the economic globalization to which it is otherwise attached? Here again, both Beijing and Moscow will have a choice.

The original version of this text was published in French on Le Rubicon. Check it out here! 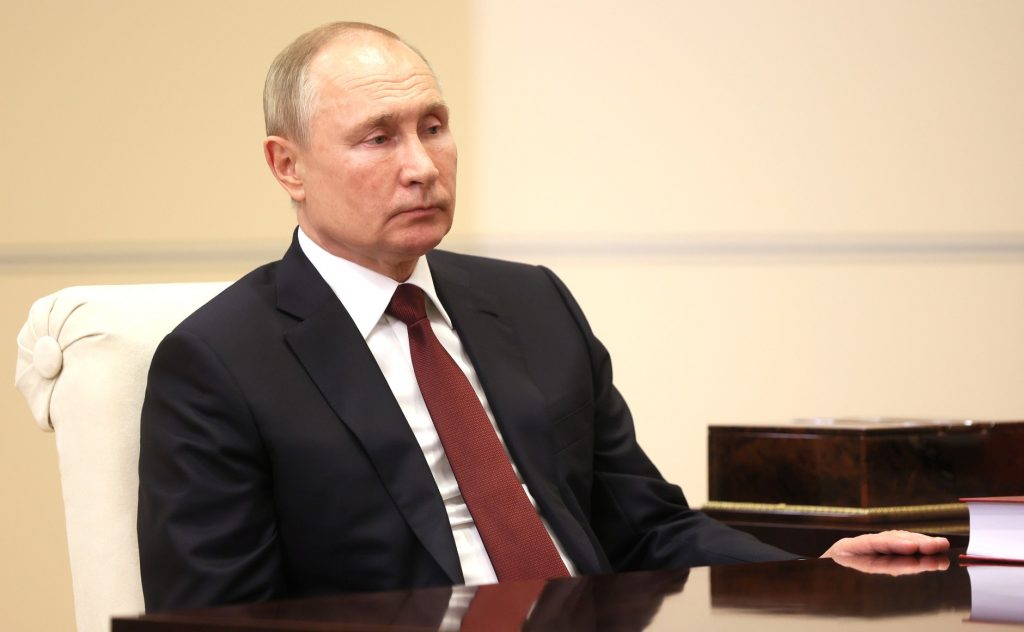