Daniel Jean served as National Security and Intelligence Advisor to the Prime Minister of Canada (2016-18). Previously, he was Deputy Minister of Foreign Affairs (2013-2016) and Deputy Minister of Canadian Heritage (2010-2013). From 2007 to 2010, he held a number of critical deputy minister positions first as Associate Secretary at the Treasury Board and later on as Deputy Secretary (Operations) at the Privy Council Office. Prior to his appointment as Deputy Minister in 2007, Daniel had a stimulating career in international and migration related issues both in Canada and abroad that included two postings in Haiti, two separate assignments in the United States in Buffalo and Washington, and one in Hong Kong. He received a Public Service Award of Excellence and a Professional Association of Foreign Service Officers (PAFSO) award for his efforts in the aftermath of the coup that ousted the first democratically elected government in Haiti in 1991. Daniel graduated with a MBA from the State University of New York at Buffalo in 1988. He completed his undergraduate studies in 1982 at the University of Ottawa where he graduated with a BA of Social Sciences in International Relations and Economics. He is a senior fellow at the Graduate School of Public and International Affairs of the University of Ottawa, a distinguished fellow with the Canadian School of Public Service, an associate member with the Observatory of multidimensional conflicts at the Raoul Dandurand Chair of UQAM and a member of the Strategic Council of the Network for Strategic Analysis. He is an active volunteer with Centraide Outaouais where he served, until recently, as chair of the board and is a mentor with the Action Canada Fellowship Program of the Public Policy Forum. 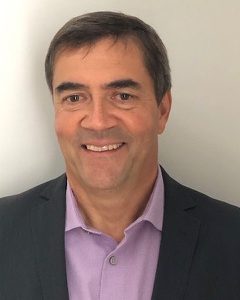 Roundtable 1 – The Clash of Regional and International Organizations

This panel explores the impact of COVID-19 on regional and international organizations. While the logical response to a global…
Videos

Keynote Speaker at the “Intelligence Cooperation in a Multipolar World – Non-American Perspectives“ Conference - May 6, 2021 Daniel…