Dirk Druet is a researcher, policy adviser and strategist with over a decade of experience in the international peace and security pillar of the United Nations. He is an affiliate researcher with McGill University’s Centre for International Peace and Security Studies, where he leads a research initiative on intelligence, surveillance and multilateral cooperation. He advises a number of research and policy institutions and is currently a member of an independent team undertaking a strategic review of political settlements and civilian protection in United Nations peacekeeping operations mandated by the Secretary-General in December 2019. In previous capacities, Dirk was a member of the Policy Planning Unit of the UN Department of Political and Peacebuilding Affairs in New York, where he advised on conflict prevention, political strategy and conflict analysis. Prior to that, Dirk spent several years in Policy Planning with the UN Department of Peace Operations, where he led initiatives on intelligence, technology and innovation, and asymmetric operating environments. He has served with UN field operations in eastern Democratic Republic of the Congo, Afghanistan and Rwanda. Dirk holds a Masters degree in political science from the University of Toronto and an Honours degree in international relations from Carleton University, Ottawa. He is from Prince Edward Island in Canada. 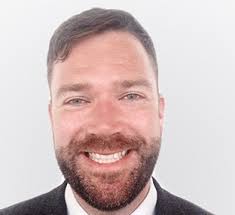 The crisis in Mali and its international dimensions – Roundtable

note: this video is only available in French Mali has been at the center of conflicts in the Sahel…