Dr. Jean-Baptiste Jeangène Vilmer is director of the Institute for Strategic Research (IRSEM) at the French Ministry of the Armed Forces, after having served as Policy officer on “Security and Global Affairs” at the Policy Planning Staff (CAPS) of the French Ministry of Foreign Affairs (2013-2016). He has held positions at the Faculty of Law at McGill University, Canada (2011-2013), at the department of War Studies of King’s College London (2010-2011), at the MacMillan Center for International and Area Studies at Yale University (2008-2009), at the French Embassy in Turkmenistan (2007-2008), and at the University of Montreal (2005-2007). He is an auditor of the 68th national session on “Defence Policy” of the Institute for Higher National Defense Studies (IHEDN), a member of the Academic Advisory Board of the NATO Defense College, and a lecturer at Sciences Po and the ENS Ulm. He has received numerous awards, including the “Maréchal Foch” prize from the Académie française in 2013, and was selected as a Munich Young Leader at the Munich Security Conference in 2018. The author of one hundred articles and nineteen books, he published on international relations theory (notably on realism and Raymond Aron), collective security (UNSC, veto restraint), military interventionism (Libya, Syria, Ukraine), R2P, the law of armed conflict, the humanitarian debate on nuclear weapons (TPNW), remote warfare (targeted killings, armed drones, lethal autonomous weapon systems), international criminal justice (ICC, in particular in its relationship to Africa), “hybrid warfare”, information manipulation, human rights, totalitarianism, the Horn of Africa (Eritrea) and the recent mutations of the international order. 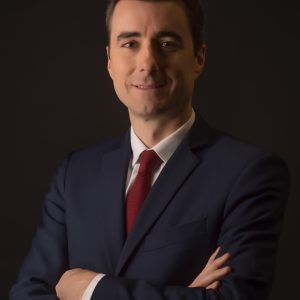 Is War Over Taiwan Coming? Panel 4

Interview with Jean-Baptiste Jeangène Vilmer, director of the Institute for Strategic Research (IRSEM)

For the 27th episode of Conseils de sécurité, Sarah-Myriam and Thomas welcome Jean-Baptiste Jeangène Vilmer, Director of the Institute…