Laurence Deschamps-Laporte is an invited professor of political science and research fellow at l’Université de Montréal and the Montreal Centre for International Studies (CERIUM). She has advised three Canadian foreign ministers and was recently the Chief of Staff to the Minister of Foreign Affairs of Canada. Previously, she was a consultant with Mckinsey & Company where she primarily served philanthropic and public sector organizations worldwide. Ms Deschamps-Laporte holds a DPhil and an MPhil from the University of Oxford where she was a Rhodes Scholar. She was also a Morehead-Cain scholar at the University of North Carolina at Chapel Hill. She studied Arabic in Syria and conducted her doctoral research in Egypt. Her research interests include Canadian foreign policy, feminism in international relations, and Middle East politics and society. She contributed to the research of the Oxford Poverty & Human Development Initiative (OPHI) and of the Earth Institute at Columbia University. 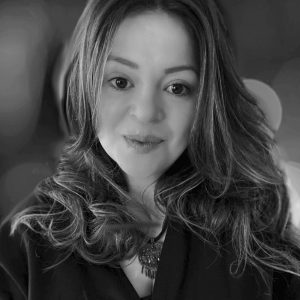 This video is in French only. In the wake of Russia’s invasion of Ukraine, which has many political, economic…