Thomas Juneau is an associate professor at the Graduate School of Public and International Affairs (GSPIA) at the University of Ottawa. Prior to joining the University of Ottawa, he worked for the Department of National Defence from 2003 to 2014, chiefly as a strategic analyst covering the Middle East. His research focuses mostly on the Middle East, in particular on Iran and Yemen. He is also interested in Canadian foreign and defence policy, in the relationship between intelligence and policy, and in international relations theory.  He has published in academic journals such as International Affairs, International Studies Perspectives, Political Science Quarterly, Middle East Policy, Orbis, International Journal, and Canadian Foreign Policy Journal. He is the author of Squandered Opportunity: Neoclassical realism and Iranian foreign policy (Stanford University Press, 2015), editor of Strategic Analysis in Support of International Policy-Making: Case studies in achieving analytical relevance (Rowman & Littlefield, 2017), and co-editor of Iranian Foreign Policy since 2001: Alone in the world (Routledge, 2013) and Asie centrale et Caucase : Une sécurité mondialisée (Presses de l’Université Laval, 2004).

note: This video is suggested for bilingual audiences. Voice-over and subtitle translations are not available. Ready, Engaged and Informed:…
Conseils de sécurité Podcast

In this new episode, Sarah-Myriam talks with Thomas about his new book, "Le Yémen en guerre," recently published by…
Videos

Panel organized as part of the “Intelligence Cooperation in a Multipolar World – Non-American Perspectives“ Conference – May 6,…
Videos

Panel organized as part of the “Intelligence Cooperation in a Multipolar World – Non-American Perspectives“ Conference – May 6,…
Videos

Panel organized as part of the Network for Strategic Analysis' annual colloquium "The Fractured International Order: Implications for the…
Videos 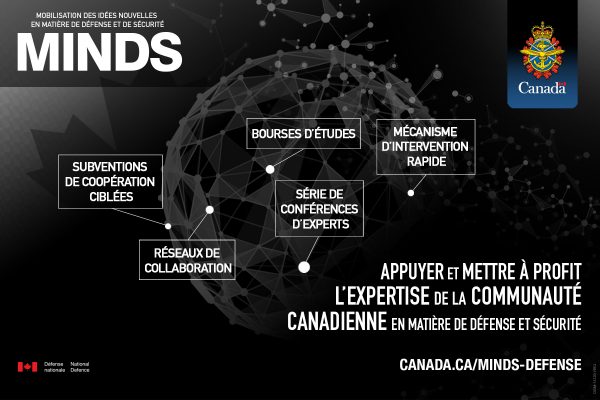 Bridging the Gap Between Academic and Defence Policy Communities in Canada

In their article published in the Canadian Public Administration journal, the authors evaluated the nature and causes of the…