Nicolas-François Perron is a doctoral student in the Department of Political Science at the University of Quebec in Montreal under the supervision of Professor Justin Massie. He holds a master’s degree in International Studies (International Relations) from Laval University and a double master’s degree in International Law (Transatlantic Relations) from the University of Bordeaux and Laval University. These international interests led Nicolas-François Perron to study, research and complete internships in Berlin, The Hague, Rome, Washington, Bordeaux, and Brussels. His preliminary doctoral research topic is strategic culture in foreign and security policy. His interests lie in International Relations theory, foreign and defence policy issues, and transatlantic issues. During his studies, he completed internships, first at the Nuclear Weapons Abolition Program at PSR in Washington DC, and then at the Directorate General for External Policies at the European Union in Brussels. He also participated as a student in the International Criminal and Humanitarian Law Clinic at Laval University in Quebec City. Nicolas-François speaks French, English, German and Italian. 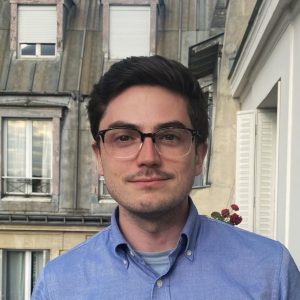